Many people may be unaware of the fact that September is Suicide Prevention Awareness Month. Every year, more than 41,000 people take their own lives. The impact of suicide is far-reaching, and there’s no better time to talk about it than now.

As the National Alliance on Mental Illness explains, the month of September was designated Suicide Prevention Awareness Month to encourage people to share stories on the topic. The goal is to raise awareness of suicide, which is often stigmatized. On top of this, now is the perfect time to educate the public on treatment services – especially for those who may need it.

The Prevalence of Suicide

According to the Centers for Disease Control and Prevention, suicide is one of the 10 leading causes of death among people between the ages of 10 and 64. The suicide rate steadily increased between 1999 and 2014. In 2014, poisoning was the most common suicide method for females, while firearms was the most frequent for males (“Products – Data Briefs – Number 241 – April 2016,” n.d.).

One of the most common signs of suicidal behavior is threats or comments – an individual who is suicidal may talk about killing themselves. He or she may also begin using more alcohol or drugs and exhibit aggressive behavior. Dramatic mood swings and reckless behavior are indicative of suicide risk as well. 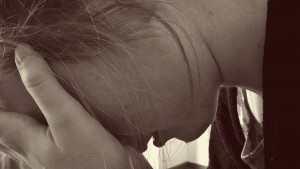 A family history of suicide is considered to be a risk factor, but it is not the only one. Substance abuse and intoxication are also risk factors, linking suicide back to drug and alcohol abuse. Research has also found that 90 percent of people who die by suicide experience mental illness (“ Risk of Suicide | NAMI: National Alliance on Mental Illness ,” n.d.).

A person who may need immediate care for suicidal ideation might be saying goodbye to friends and family, giving away their possessions or obtaining the tools needed to commit suicide.

As an individual with a loved one who may be at risk, you can help by remaining calm when you notice the signs of suicidal idealization (“ Preventing Suicide | NAMI: National Alliance on Mental Illness ,” n.d.). Try to be gentle and sympathetic as you talk openly and honestly about the matter. Suggest contacting a mental health specialist for assistance. If you are unsure of what to do next, don’t hesitate to call 9-1-1 or 1-800-273-TALK (8255) (“ Being Prepared for a Crisis | NAMI: National Alliance on Mental Illness ,” n.d.).

To prepare for such a crisis, come up with a plan with your loved ones that can be used in an extreme situation. Keep the phone numbers of mental health specialists nearby for such an emergency. Know how to contact loved ones who may be able to provide support on a whim. Being prepared can make all the difference.