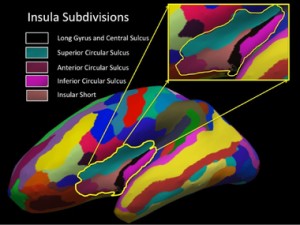 PTSD is a condition that can affect people from all walks of life, but new research suggests that depending on when an individual experienced traumatic stress and his or her gender, symptoms may differ. (Bostan, 2017)

Researchers from the Stanford University School of Medicine and the Early Life Stress and Pediatric Anxiety Program recently came together to hone in on the differences. In their study, 59 people between the ages of 9 and 18 were examined. (Klabunde, Weems, Raman, & Carrion, 2016) Half of the participants had PTSD symptoms, while the other half did not. The individuals featured similar IQs and sex characteristics. Out of the entire group, five people reported one traumatic stressor – a catalyst for traumatic stress. The rest of the participants had two or more stressors, or chronic exposure to trauma.

For their study, the researchers wanted to look at the insula of the participants. The insula is the portion of the brain responsible for emotional awareness.

“Our study’s aims were to examine whether sex moderates insula structure differences in young people who exhibit trauma symptoms,” the authors wrote in their report.

Prior to beginning their research, the scientists cited previous research that suggests female adolescents are more likely to develop PTSD than their male counterparts. (Klabunde et al., 2016)

“Neuroimaging studies may help us better understand why girls develop PTSD more frequently than boys,” they wrote in their study. “Specifically, studies have demonstrated that insula development is sexually dimorphic. Girls show a steeper decline in right insula volumes over time in comparison to boys.”

So did they observe any differences between the insula in their participants and link them to gender?

To draw their conclusions, the researchers used structural magnetic resonance imaging to compare the participants’ brains. In the end, there did not appear to be differences in the insula subdivisions of healthy brains. However, there were significant differences in the insula subdivisions of trauma-exposed brains. The scientists found that males with trauma appeared to have more insula volume and surface area compared to their female counterparts.

“Our findings suggest that sex moderates the relationship between brain structure differences within a region of the brain that is involved in emotion processing and empathy when comparing youth with PTSD symptoms to typically developing youth,” the authors concluded in the study.

While plenty of research still needs to be conducted on the overall impact of trauma on the adolescent brain, this study is a step toward understanding how PTSD evolves according to uncontrollable factors, such as gender.

Nature: The Best Medicine for PTSD