What if you could design your own children? As it turns out, we may not be far away from this. Thanks to CRISPR, scientists are honing in on the ability to alter DNA and create what we never could’ve imagined. (“Human embryos reportedly edited for first time in the US using CRISPR,” 2017) 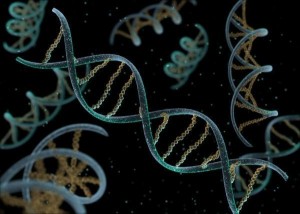 Shoukhrat Mitalipov of Oregon Health and Science University recently led a group of researchers to edit the DNA of several one-cell embryos using CRISPR. Although the scientific results have yet to be officially published, those familiar with the results are in awe. Up until this point, there have only been three studies published on the editing of human embryos.

“So far as I know this will be the first study reported in the U.S.,” Jun Wu, a collaborator at the Salk Institute who played a role in the project, told the MIT Technology Review. (Connor, n.d.)

However, Mitalipov himself has declined to comment on the results, as they are pending publication. For now, we can only assume what was discovered in the scientific process.

People familiar with the results of the study claim that the human embryos were not allowed to develop beyond a few days. They were not implanted into any wombs – the goal was to simply find out if certain genes could be corrected or eradicated to eliminate the potential for disease.

In the past, Chinese researchers have used CRISPR for similar experimentation. However, their studies showed that CRISPR could create editing errors, and DNA changes were not always applicable to embryos. Many people concluded that this was a sign that the world is not ready for the editing of humans.

However, those who are familiar with Mitalipov’s work claim that he and his researchers were able to avoid the CRISPR errors.

“It is proof of principle that it can work,” a scientist who saw the results told the MIT Technology Review. “They significantly reduced mosaicism. I don’t think it’s the start of clinical trials yet, but it does take it further than anyone has before.”

But are we really one step closer to “designer babies?”

Congress has blocked efforts to turn edited in-vitro fertilization embryos into babies. According to the U.S. Food and Drug Administration, clinical trials looking into the concept are also now banned. Perhaps it’s too soon to be looking ahead to tweaked human beings, but it’s interesting to think that the technology exists.