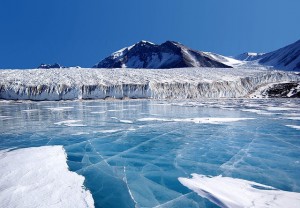 Many coastal cities are already prone to flooding, but what if the situation became direr within the next century? This could very well be the case, and it’s all depending on Antarctica.

A new study published in Nature recently looked at Antarctica’s ice loss, and discovered that if it continues to melt at the rate at which it is currently receding, sea levels will rise an additional six inches by 2100. This is in the upper range of what the Intergovernmental Panel on Climate Changes estimates, and it poses a serious impact around the globe (Yan, 2018).

Between 1992 and 2017, Antarctica lost three trillion tons of ice, according to the report. This led to a sea level increase of about three-tenth of an inch. Although this may not sound relatively daunting, it’s worth noting that 40 percent of this increase came over the last five years alone; the ice loss rate sped up by 165 percent.

“Around Brooklyn you get flooding once a year or so, but if you raise sea level by 15 centimeters then that’s going to happen 20 times a year,” Andrew Shepherd, a professor of earth observation at the University of Leeds and the lead author of the study told the New York Times (Pierre-Louis, 2018).

Could Antarctica Actually Be Gaining Ice?

Although this study has opened the eyes of many, not everyone is on the bandwagon with the results. NASA glaciologist Jay Zwally, for example, believes that Antarctica may actually be gaining ice – at least on one side.

Most scientists agree that in West Antarctica, warm ocean waters are eating away at the ice. However, there are several disagreements about East Antarctica, where measurements of the ice sheet have rendered high levels of uncertainty (Bastasch, 2018).

Andrew Shepherd, who is working on a study about the ice gain and melt of Antarctica, recently commented on the disagreement between scientists.

“There are several potential reasons for the remaining disagreement among the various satellite techniques, such as the models we use to account for snowfall and glacial isostatic adjustment,” Shepherd said. “But the ice losses we detect in West Antarctica are highly accurate, and outstrip by far the signal or uncertainty in East Antarctica.”

Before we all prepare for the worst, perhaps it’s worth waiting to see what these combatting scientists come across in their additional research.

Pierre-Louis, Kendra. “Antarctica is Melting Three Times as Fast as a Decade Ago.” New York Times. Retrieved June 18, 2018, from https://www.nytimes.com/2018/06/13/climate/antarctica-ice-melting-faster.html