Carnivorous dinosaurs were thought to have ferocious bites that are unimaginable compared to the animals we see today. However, new research suggests that the bite force of some of these meat eaters was not as threatening as we might perceive. In addition, the formation of their teeth also made the “puncture and pull” method more effective for some (“Dinosaurs’ tooth wear sheds light on their predatory lives,” 2018).

Recently, Angelica Torices of Universidad de La Rioja, Spain and her colleagues looked at various dinosaur species’ teeth to determine how they used them to consume their prey. She wanted to determine how their tooth shapes and sizes played a direct role in how they ate on a regular basis. 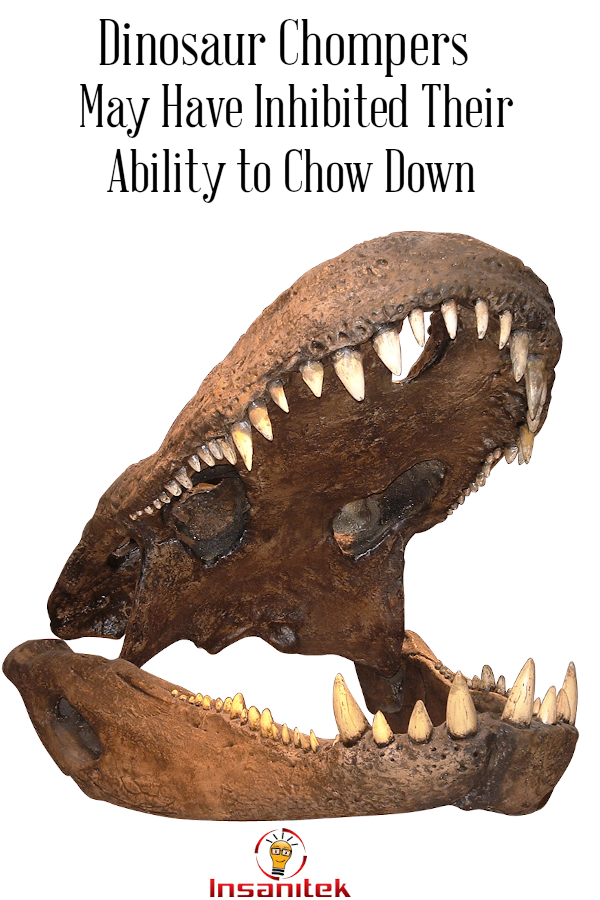 “All these dinosaurs were living at the same time and place, so it is important to know if they were competing for food resources or if they were aiming for different prey,” Torices said. “Through this work we [can] begin to understand the interactions between these predatory dinosaurs in the ecosystem a bit better.

To begin, she first examined the microwear on the teeth to see if she could determine any patterns in the way the dinosaurs were eating. Then, her and her colleague, Ryan Wilkinson from the University of Alberta, Canada, used a modeling approach called finite elements analysis. It is commonly utilized to solve problems in engineering and mathematics – the goal was to explore how the dinosaurs’ teeth behaved at different cutting angles.

“We find that, in general, predatory coelurosaurian dinosaurs bite in the same way through a puncture-and-pull system, but troodontids and dromaeosaurids may have preferred different prey,” Torices concluded.

The “puncture and pull” system is exactly what it sounds like – the dinosaur would bite down and pull away from its prey to eventually get to the meat.

Now, Torices says she is working to develop more complex models to include teeth along with their roots and jaws to further understand the biting process. But overall, she concluded in her study that it’s the microwear patterns that unlock key components of dinosaurs’ history.

“Tooth microwear patterns provide indirect evidence of diets and chewing mechanisms, independent of tooth morphologies,” Torices and her colleagues write in their study. “Microwear analyses are particularly useful when applied to problematic fossil species with unusual teeth that cannot be compared directly with known species.”

A Crocodile-like Creature Once Terrorized the Biggest, Baddest Dinosaurs