When headlines read that an industry was turned on it’s head or disrupted, if you will, it gets not only the public and the media fired up, but also re-energizes the industry in question. It’s not a new concept — after all, those in the renaissance of science and technology would have been hard pressed to make some of their discoveries if they were content with the status quo. Household names like Faraday, Einstein, Newton, Curie, and all the other greats would have never made it into our hearts and minds if they hadn’t pushed boundaries with their unconventional ways just a little.

But that’s just it. You should push boundaries, but within reason. When you add certain aspects to your work, it becomes more of a craft and less of your discipline. Science, by tradition, gained its prestige because it became more and more rigorous as time passed . Researchers Pietro Gatti-Lafranconi and  Sean Devenish remind us of this with their paper on the responsibility of bringing forward new ideas in science belonging to all of the community. 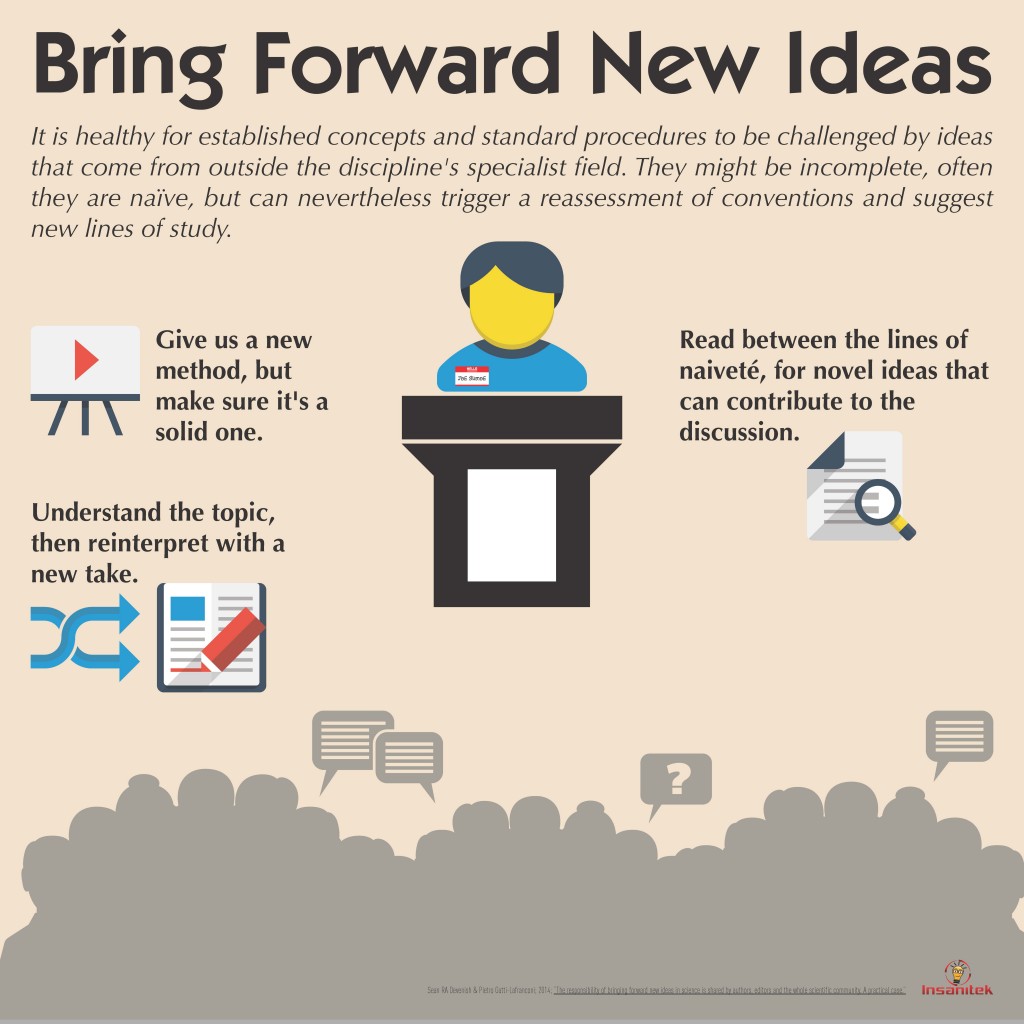 I had the pleasure of interviewing Pietro and Sean to find out more.

Grace Conyers (GC): What inspired you to write on this topic?

Pietro and Sean (P&S): I came across a newly published paper that addressed a biochemical question from a non conventional (at least for me) perspective. After a first read, it seemed that the author got carried away with his approach, potentially disregarding key chemical and biochemical concepts. Together with my colleague Sean Devenish, we decided to write a letter/blog post commenting on the scientific pitfalls of the paper. More generally, we wanted to frame very specific concerns within the general discussion of how boundaries should be pushed in Science: conventional ideas need to be challenged every so often, but arguments should be as rigorous as those that contributed to the establishment of the status quo. In this sense, journal editors and academic reviewers share the responsibility of letting new, valid, ideas appear in the scientific literature, and preventing publication of half-baked (or even erroneous) concepts.

GC: Any tips on how those new to biology can really get a good grasp of it?

P&S: We all set up “methods” and perform experiments in our daily routine. Finding the most efficient way to re-paint a wall, getting the laptop to communicate with the wireless printer, or even preparing for an interview: we have an idea, try it out and assess the results. At first we go through several iterations of this process until we get it “right”. Unless we are proven “wrong” by someone that has a more efficient approach, that is. Watching a professional decorator at work is an example most will relate to.

GC: When it comes to discussion, what are the types of questions that get you thinking the most?

P&S: Those that go beyond the topic being discussed, tinkering with possible future implications of the results being presented. Speculative at first, this approach induces a very rational and logical reasoning on “how to get there” and, ultimately, on the validity and importance of what is being discussed.

You can read their full paper here at The Winnower.

Editor’s Note: The Winnower was sold and shut down in 2016. This article is no longer freely available it was ultimately consumed by Wiley.

What do you think is the most exciting part of your discipline you could explore?