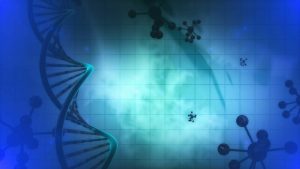 Have you ever felt like you could never bear to go without coffee for the rest of your life? What about just caffeine in general? New research suggests that it might not just be a preference – you could be genetically pre-disposed to your love of caffeine.

A study published in Scientific Reports has discovered that a gene variant may be responsible for limiting coffee consumption in some individuals. This means that if you don’t have this variant, you might drink more caffeinated beverages than your counterparts.

The authors of the report looked at 1,200 people living in Italy to draw some of their conclusions. Individuals who had a variant in their PDSS2 gene seemed to drink one or fewer cups of coffee per day (compared to those with the variant). They also concluded that the PDSS2 gene can inhibit the body’s ability to break down coffee. In short, this would mean that people with the gene variant need less caffeine in order to feel an energy burst.

To take their study one step further, the scientists analyzed a group of 1,731 people from the Netherlands. The results of the experiment were similar, though the number of cups of coffee people drank was less.

“Although further studies on larger cohorts will be needed to confirm our findings we believe to have added an important piece to the understanding of the genetic basis of coffee consumption and potentially to the mechanisms regulating caffeine metabolism,” the authors wrote in their study.

Researchers have been looking into how genetics interact with caffeine since the 1960s, according to the scientists of this latest study. Specific genes (such as CYP1A1-CYP1A2, for instance) have even been pointed to in previous studies.

“Despite these successes, much of the heritability of coffee consumption still remains unexplained, part of which could be explained by the fact that the additive genetic model is almost always used in association studies, whereas, in fact, genes can exhibit recessive or dominant effects,” wrote the authors of this latest publication.

It might also be worth noting that while coffee is not the only widely drunk caffeinated beverages, it contains polyphenols, niacin, and N-methylpyridinium ions. This has led some researchers to believe it can be linked to disorders, but the debate rages on.

Netburn, Deborah. “Your coffee habit may be written in your DNA.” Los Angeles Times. Published Aug. 25, 2016.