See that small point at the center of the spiral on a snail’s shell? That is the snail’s protoconch…the bud of the mollusk’s lifetime home, its shell. The shell of a snail is more than just a domicile…it is a protective armor that is permanently and physically attached to the snail’s body. Although we like to lump snails together with turtles, because both animals come with their own houses, the reality is that snail shells differ greatly from the carapace of a turtle or shells of other mollusks. What makes snails unique is their distinctive spiral design that grows with the animal. 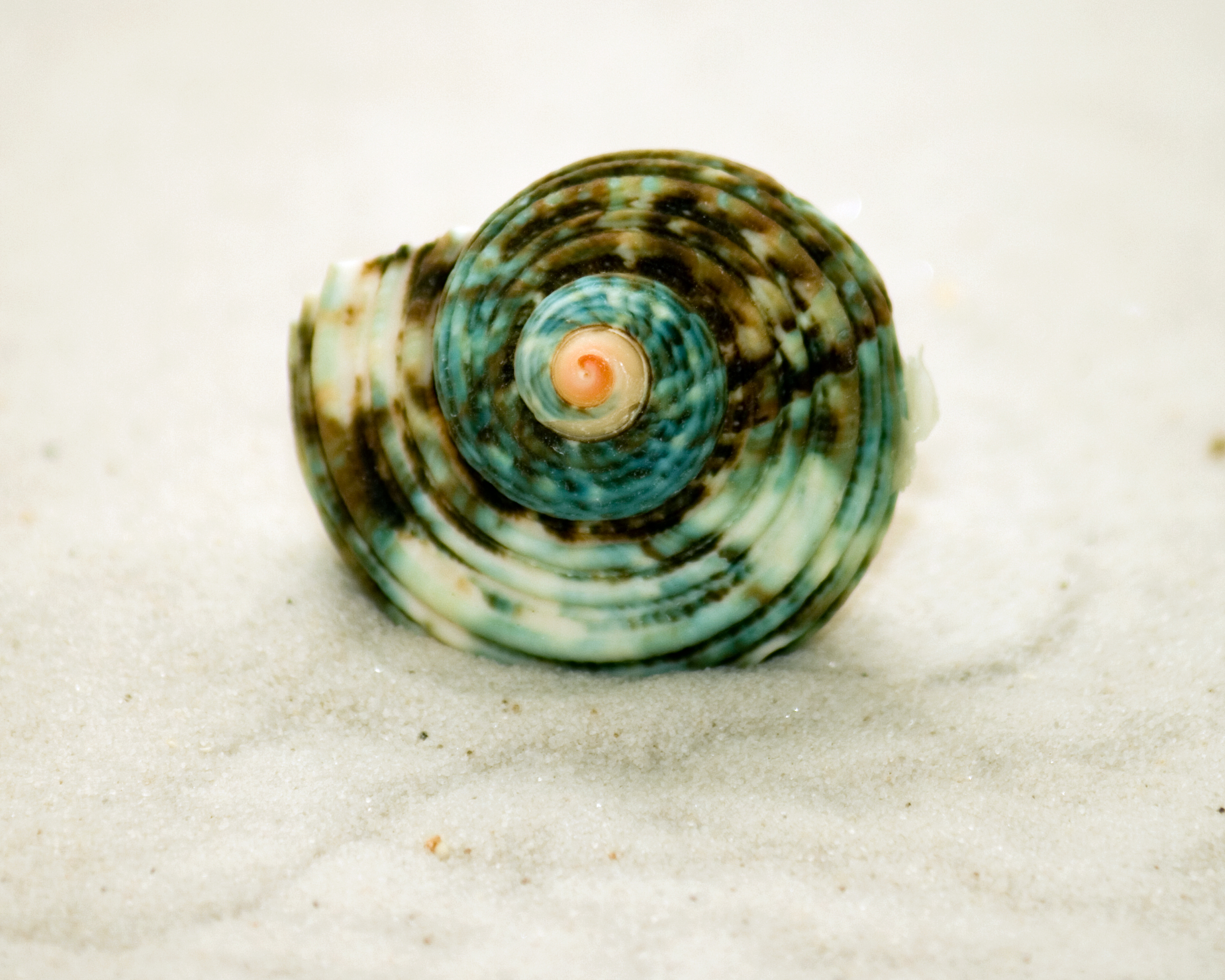 All 43,000-plus species of snails hatch from eggs. While the little mollusk is forming in the egg, it grows a mantle, a unique organ that is committed to making a shell. Babies snails can hatch with tiny shells or the shell can start forming as soon as the snail hatches. If the mollusk does emerge from its egg with a little shell, it is not a hard, calcified shell. That comes after the shell is exposed to air. Young snails are at their most vulnerable when they are newly-hatched and their protective shell is not hardened. From the moment the baby snail is born, it is on the search for food rich in calcium to feed its mantle the material it needs to continuously grow the shell.

To keep growing the shell the snail’s mantle needs calcium carbonate. The first thing that the snail eats is its own egg shell, which is rich in calcium. After that, the slow-moving snail seeks out calcium-rich vegetation, such as broccoli and turnips, but will also pull calcium from soil and limestone when needed. With the calcium, the snail’s mantle generates a small electrical current that helps the calcium ions arrange themselves into the shell. As the snail grows, new shell material is added, pushing the older shell material into a spiral.

Snail shells coil to one side as they grow but each species of snail do just a bit different making it possible to identify the snail species. Dextral shells are snail shells that spiral to the right while sinistral shells coil to the left. Some species of snails produce round shells and others create tall, pointed spirals. Snail species that live in the water – ponds, lakes, or oceans – often had the added feature of an operculum, a lid or door that completely closes when the snail retreats into its shell. 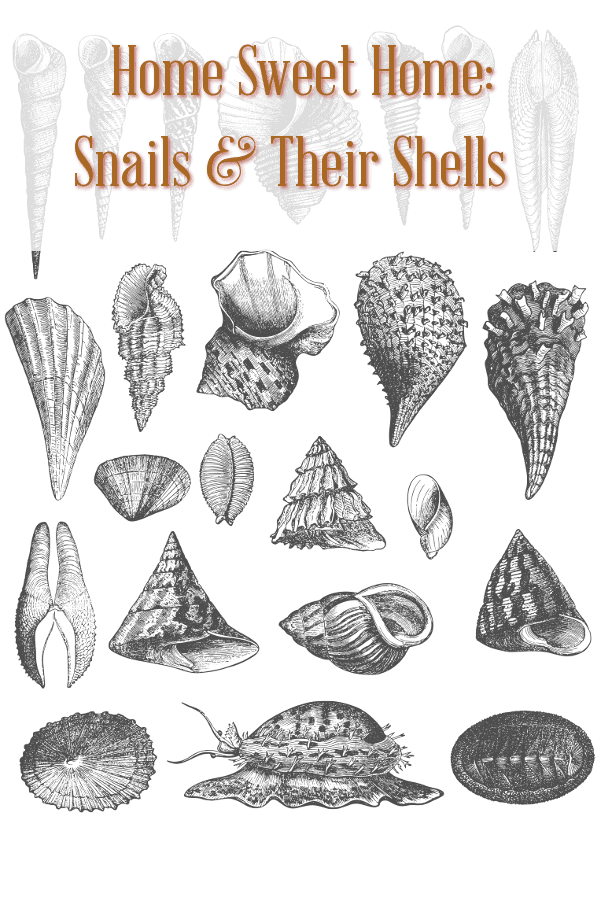 Snail shells seem thin and delicate, but they are actually composed of layers that work together for the optimal protection of the mollusk. The central layer of the shell, the ostracum, is composed of two layers of crystallized calcium carbonate called the hipostracum and the periostracum. The periostracum layer contains more proteins than the hipostracum. The inner most layer is comprised of nacre, a hard form of calcium that is also called “mother of pearl”. What you won’t find in a snail’s shell are nerves, blood vessels, and muscles, like those you would find in a turtle shell. The snail’s shell is a part of the animal’s body, and yet it isn’t.

Snails have shells for protection from predators and, from time to time, a shell will become damaged. Unlike hermit crabs, the snail doesn’t have the option of hanging a ‘condemned’ sign on its shell and finding another home. The only option is to repair the damaged shell. The snail’s mantle, upon detecting a crack, secretes a mixture of calcium and protein to try to patch up and strengthen the damage.

While all snails use their shells for protection, one particular species of marine snail has taken this to the extreme. The scaly-foot gastropod, or Chrysomallon squamiferum, makes its home near hydrothermal vents deep in the Indian Ocean. The snail has developed an interesting adaptation that helps it live in the super-heated water. Its shell is coated with a layer of iron. Discovered in 1999 in ocean vents with high concentrations of iron, sulfides, and other elements, the snails have learned to harness the iron and incorporate it into the outer layer of their shells. Actually, the covering is an iron compound of a shiny, metalic pyrite, which is also called “Fool’s gold”, and a magnetic greigite. Yes, the snail is attracted to metal!

What makes the scaly-foot mollusk so unique is that it represents the only known instance of an animal using iron to help itself. In fact, the shells of the scaly-food gastropod are so durable and protective that researchers are looking at ways to use iron, pyrite, and greigite to make stronger, more effective armor for soldiers. It may be that a harmless little snail aids in the next big innovation in warfare.

“How Are Seashells Created? Or Any Other Shell, Such as a Snail’s or a Turtle’s?” Scientific American, Web. 5 July 2018.

Wings and Eggs: The Egg-Stonishing Reason for Egg Morphology

Sun-Sensitive? A New Study Says It May Be Time to Cover Up