The average range of human hearing spans 20 to 20,000 Hz. This range is usually better in children than adults, and women are generally more sensitive to higher frequencies than are men. I am able to hear a high-pitch whine from televisions and various other electronic devices when they are on but do not have “normal” sound turned on. This is a sensory perception that has been the subject of must ridicule and disbelief, but I promise you it’s true. On occasion this works with light fixtures, too. Thankfully, a life dedicated to urban living, with exposure to loud explosions on military bases and pumped jams in my car has decreased this a bit so it’s easier to find some peace and quiet around the house.

Perceiving frequencies outside the average range of hearing is not a superpower. But it does make one wonder just what subtle effects the electronic devices surrounding everyday life may be having on our bodies and our psyche. I was recently told about a condition called “Electromagnetic Hypersensitivity,” or EMH, a condition detailing an allergic reaction to electromagnetic fields. Add in the fact there’s an entire town where wifi is banned by the government and we have reason enough to explore the nature of EMH.

Before we get too excited, remember that while tin foil hats could be a fun fashion accessory (especially if your companions are a lion, a little girl and her dog and a man with straw in his guts), Insanitekians tend to be a bit more discerning in their traveling companions and are always focused on the science ─ not the hype. With that in mind, let’s get systematic.

The town that banned wifi: 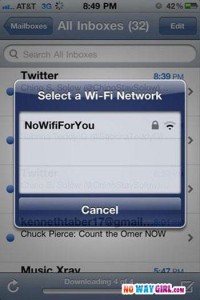 In Green Bank, West Virginia cell phones and a host of other electronic devices are outlawed by the federal government. Green Bank is located close to the middle of an area of land known as the “National Radio Quiet Zone”. This restricted area is not as extreme as it first appears.

First, radio transmissions are allowed. They’e just very tightly monitored. Emergency broadcasts are allowed; likewise CB radios and a few others, although they are required to operate at very low-power frequencies. This is because the NRQZ is home to a set of radio telescopes in the Green Bank National Radio Astronomy Observatory and Sugar Grove Station. Too many (or too powerful) radio waves will disrupt these devices’ ability to accurately perceive radio signals coming from space.

That doesn’t sound so scary. On to the technophobes discerning citizens whose health concerns center on their personal electronic gadgets.

I want to establish a baseline in the disease field. First, there are two kinds of illnesses: physical and mental. Physical illnesses are typically caused by genetic mutation or bacterial or viral infection. For the sake of time we’re just going to go ahead and exclude bacterial (which can be treated with antibiotics) and viral infection, because I’ve read a lot about electromagnetic hypersensitivity and nobody has indicated they “caught” it. That leaves us with genetic predisposition in this category.

Mental illnesses are much more complicated, both in diagnosis and treatment. The DSM (Diagnostic and Statistical Manual of Mental Disorders) is the prime resource for psychiatrists attempting to identify and treat mental illnesses.

Illness is a really, really big field. Global, even, as illness affects everyone at one point or another. Since it’s such a big issue, let’s tackle it in a big way. 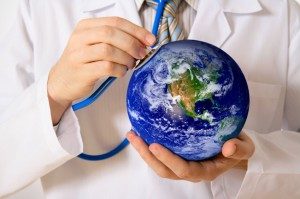 As it turns out, WHO has already done quite a bit of leg work for us by compiling relevant factoids about electromagnetic hypersensitivity. Let’s see what they have to say:

EHS resembles multiple chemical sensitivities (MCS), another disorder associated with low-level environmental exposures to chemicals. Both EHS and MCS are characterized by a range of non-specific symptoms that lack apparent toxicological or physiological basis or independent verification.

EHS is characterized by a variety of non-specific symptoms, which afflicted individuals attribute to exposure to EMF. The symptoms most commonly experienced include dermatological symptoms (redness, tingling, and burning sensations) as well as neurasthenic and vegetative symptoms (fatigue, tiredness, concentration difficulties, dizziness, nausea, heart palpitation, and digestive disturbances). The collection of symptoms is not part of any recognized syndrome.

There is one key phrase here that appears in both paragraphs. In case you missed it, here it is in bold letters to act as a header for the next section of our investigation:

Science is a process of understanding how the world works. Science is based on rules and directly perceivable cause and effect relationships. When an experiment is conducted, whatever the results, it should be repeated to verify the results are accurate. This is to make sure we understand everything at work and didn’t arrive at a fluke finding. “Non-specific symptoms” indicates that people claiming EMH are reporting a wide range of symptoms that do not match those experienced by other people claiming the same condition.

Let’s look at this a different way. Influenza is symptomized by body ache, fever, chills, coughing, etc. Persons that have contracted the flu may not experience every symptom, but their symptoms will fall within a specific symptom set. EMH literature indicates that there is not a stable symptom set experienced by people claiming to be suffering from this condition. While it may be very sensational to say that our entire technological infrastructure is quietly destroying us, I’m not comfortable stating that this is an epidemic.

Cell phone usage alters the brain. There are studies that prove it. What the studies do not show (because of insufficient data) is whether these alterations present any long-term issues. This is a debate that has been in and out of the spotlight since cell phones were first developed and I’m sure will continue for the next several decades at least.

One of the most difficult things concerning EMH diagnosis is ruling out every environmental factor other than electromagnetic waves. That’s really difficult to do and borders on impossible. EM fields are everywhere (The Earth generates them, in fact). Radio waves are everywhere. Visual display units are everywhere. With so many potential exposure points, I’d say the only way to verify whether people are actually experiencing ill effects from these fields is to study people in a completely EMF-free zone and expose them to EMF in controlled doses (or at least measurable) doses. 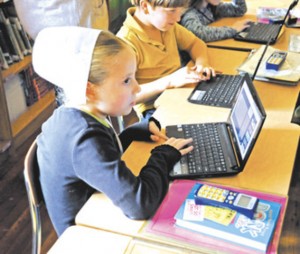 I’m not going to bother doing this. Want to know why? Because if EMH is a viable illness affecting people exposed to EMFs, people with zero exposure to man-made EMFs should be highly susceptible to the effects of these fields. Ever see Breaking Amish? At no point were those kids hospitalized for “non-specific symptoms” resulting from an allergic reaction to modern technology.

There’s one other thing that gets me about EMH diagnosis: In all of the case studies I’ve read, the doctors reporting EMH seem to be taking their cues from their patients. This seems odd because if I’m sick enough to go to the doctor it’s because A) I don’t know what’s trying to kill me or 2) I know what it is but I can’t cure it myself because it needs antibiotics or some other medical crap I can’t get access to because I don’t live in Canada. Not because I want my doctor to record whatever illness I think I have in my medical file. (Although it might be entertaining if I could get a case of the T-Virus on record).

I cannot find any hard science to support the existence of EMH. Even on the WHO page about the condition, estimated numbers of sufferers is simply not listed. I get the feeling the entry was made because of the number of claims, not for the overwhelming viability thereof. And I feel badly for the people who suffer under this condition; I really do. Clearly there is something in their lifestyle or environment that is causing undue suffering; but I sincerely doubt it’s EMFs and assuming it is takes focus away from whatever might actually be causing them harm. Like poor ergonomic conditions. Or bad lighting. Or a lack of exercise. Or an inability to debunk made-up diseases.

Until next time, remember to follow the science, not the hype..