What happens when you bring together one of television’s quirkiest, most insightful legend hunters and throw him a supernatural twist? You get “Expedition Unknown: Hunt for Extraterrestrials” on Travel Channel. But let’s back up for a moment and take a look at the premise behind “Expedition Unknown” and how it’s contributing to both history and science. 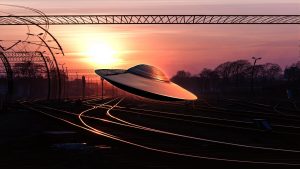 “Expedition Unknown” is largely a travel program, but it is situated on legends from around the globe. Explorer Josh Gates is sent packing to uncover the hidden truth behind everything from Amelia Earhart’s disappearance to the supposed existence of Shangri-La. Along the way, he gives viewers a taste of different cultures and sheds light on the world from an everyday traveler’s point of view. The show is in its third season on Travel Channel.

Who is Josh Gates?

Josh Gates originally rose to fame on Syfy’s “Destination Truth.” The show, similar to “Expedition Unknown” took Gates around the world as he attempted to reveal the mysteries behind everything from the Bermuda Triangle to the Jersey Devil. When that show came to an end, Gates moved onto “Expedition Unknown” on Travel Channel, delivering a similar concept in a one-hour show format. For the most part, however, “Expedition Unknown” does not focus on the supernatural. “Expedition Unknown: Hunt for Extraterrestrials” is one of the few instances in which the show takes a paranormal twist.

Why Should I Watch?

The concept of extraterrestrial life and the mere existence of aliens might make you roll your eyes. However, the format of “Expedition Unknown” and Gates combine to make the show more than tolerable – it’s downright enticing in every sense.

“It is a journey that took us about 50,000 miles around the planet to four different [countries],” Gates explains. “We really went as far as we could to meet the people that had something to say about this topic and to really meet with the best of the best — the most prominent scientists, the most compelling eyewitnesses (“Josh Gates searches for extraterrestrials in ‘Expedition Unknown,’” n.d.).”

Some of the places Gates visits on his journey for the truth include Easter Island, NASA’s headquarters, and Zimbabwe. To viewers, it immediately becomes obvious that the goal isn’t to forge an encounter with Little Green Men, but rather find the actual facts behind why we speculate the possibility of life beyond our planet.

When Does It Air?

“Expedition Unknown: Hunt for Extraterrestrials” is airing on Travel Channel on Wednesday nights at 9 p.m. ET.