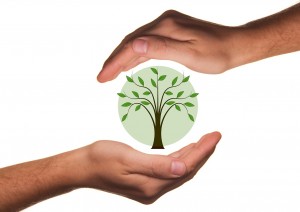 So you say you care about the planet. But how much?

According to a new study published in Nature Climate Change, your outlook on the environment and global warming may be dependent on your region. Research has found that more than 50 percent of the population of Hawaii, California, Vermont and Massachusetts are concerned about climate change. These states led the way, and it’s worth noting that California is currently experiencing a severe drought, while Massachusetts has just seen a record-breaking winter.

Some of the states that had the lowest rates of concern for global warming included Wyoming, Kansas, Tennessee and Oklahoma. However, the researchers noted that Americans are known for having varying opinions.

“Americans don’t speak with a single voice on the issue,” Anthony Leiserowitz, director of the Yale Project on Climate Change Communication and co-author of the new report, told LiveScience. “In fact, there’s a tremendous diversity across the country about it.”

In some cases, people may not view global warming as an issue at all. However, misconceptions can be to blamed for many of these opinions. Furthermore, varying educational backgrounds can contribute to slower conversations on issues such as climate change.

So what are the real facts pertaining to global warming? Here are five statistics (courtesy of NASA) you can keep in mind as you draw your own conclusions on the state of the planet.

1. The global sea level has risen about 6.7 inches over the past century.

2. The average global temperature has grown approximately 1.4 degrees Fahrenheit since 1880.

4. Glaciers are decreasing in size almost everywhere in the world, including Alaska, Antarctica and Africa.

5. Snow is melting earlier. Satellites show that spring snow cover in the Northern Hemisphere has decreased significantly over the past five years.

Of course, global warming is an issue that has been growing for decades. That being said, this isn’t a problem that can be solved overnight. Greenhouse gas emissions are constantly contributing to the problem, and it isn’t just the U.S. that’s guilty. However, awareness continues to spread around the globe, which is moving us toward a more sustainable planet. Individual efforts, such as investing in everything from energy-efficient appliances to cars, is putting the planet in a healthier position.

While there’s still work to be done, it helps to have a positive attitude along the way.