We don’t get enough sleep. No, really – research shows that we don’t. A study recently published by the RAND Corporation set out to find out not only how little we sleep, but how it’s impacting the economy.

They centered their research on this key fact from the U.S. Centers for Disease Control and Prevention: 1 in 3 adults in the U.S. don’t get enough sleep every night. The CDC published these findings in February 2016, claiming that at least seven hours of sleep per night is essential for optimal health. 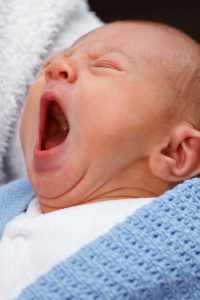 To conduct their study, the researchers used a large employer-employee dataset, as well as data on sleep duration from five different countries. Out of all of the countries they studied, they found that Japan had the largest gross domestic product (GDP) loss (2.92 percent). This was closely followed by the U.S., which totaled 2.28 percent.

In terms of economic loss, the U.S. was up front. A lack of sleep is to blame for up to $411 billion in losses each year in the U.S., according to the researchers. This was followed by Japan ($138 billion annually).

“An estimated 1.23 million missed working days per year from the U.S. workforce (a lack of proper sleep can weaken the immune system, increase the risk for infectious illness, and cause fatigue and depression, all of which can lead to absenteeism), and a 10 percent increased risk of mortality (which also cuts down on the workforce prematurely) as a result of lost sleep,” said Wendy Troxel and Marco Hafner of the RAND Corporation.

But how much could a slight change in sleeping habits impact the economy?

According to the report, the U.S. could add $226 billion to the economy if those who averaged less than six hours of sleep increased to six-to-seven hours.

And of course, there are those underlying reasons for why Americans aren’t getting enough sleep. The RAND team identified alcohol, electronic use, smoking, and obesity as just some of the factors.

“Putting a dollar figure on sleeplessness might open some eyes among the sleep-challenged in boardrooms and government offices,” argue Troxel and Hafner.

Before you snub the research, take a few minutes to think about how many times you’ve yawned today.