Those living with post-traumatic stress disorder (PTSD) face a number of obstacles when it comes to treatment and maintenance. There are the overall challenges of finding and paying for treatment, and then there are the actual options available on the market. What if you were told that a drug like ecstasy could potentially help you with the condition?

Within the next couple of decades, MDMA (3,4-Methylenedioxymethamphetamine) could become a common prescription for those with treatment-resistant PTSD. The drug, which is also referred to as ecstasy, will now be studied in three clinical trials after the U.S. Food and Drug Administration granted permission to researchers. The Multidisciplinary Association for Psychedelic Studies nonprofit group will fund the research. 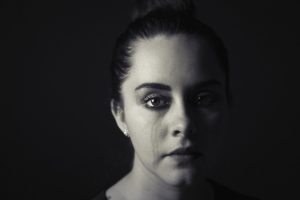 MDMA could become available as early as 2021 if clinical trials are successful, and researchers speed up the approval process. Brad Burge, a spokesman for the Multidisciplinary Association for Psychedelic Studies group, believes that a formal approval on trials designs will come in early 2017.

At the moment, MDMA is considered to be a Schedule I drug, which means that the U.S. Drug Enforcement Administration considers it to have a high potential for abuse. This classification also indicates that it has no medical use.

Those with PTSD that may be treatable have some options available to them. Varieties of therapy may be helpful to some, such as cognitive and exposure therapy. Eye movement desensitization and reprocessing (EMDR) is also an option for those with PTSD. It involves a combination of exposure therapy and guided eye movements to change the way patients react to traumatic memories.

There are a number of drugs that may be prescribed to individuals with PTSD as well. Antidepressants are typically prescribed to reduce anxiety and depression, and they can also improve sleep. Anti-anxiety medications are used by some with PTSD, and a drug called Prazosin is occasionally prescribed for insomnia associated with the condition.

Unfortunately, there is no one-step therapy or single drug that PTSD patients can use to eliminate the disorder. Often, therapy in itself can take an extended period of time to show its benefits. However, new solutions (such as MDMA) could open up a new realm of possibilities for researchers looking into treatments.

FDA Approves Aimovig for Migraines, But Can They Really Be Prevented?