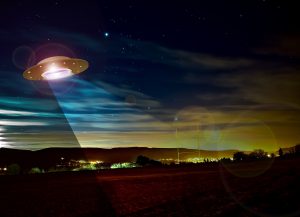 Aliens might not be a frequent topic of discussion, but when scientists discover something unusual in outer space, it’s hard to keep the mind from wondering if we’re really the only ones in the universe. This is what happened recently when Russian astronomers happened to be observing HD 164595, a star in the constellation of Hercules. Here is what you need to know.

What Exactly Happened?
Russian astronomers who were watching HD 164595 through the RATAN-600 radio telescope picked up an unusual signal back in May 15, 2015, but the news didn’t blow up until this past August. People began assuming that the source of the signal could be from an advanced alien civilization. The duration of the signal was short, but it came in strong, considering the distances involved.

Exactly How Strong Was the Signal?
If the signal was indeed a “beacon” signal, it would need to span across the universe in multiple directions, and its transmitter would have needed a hundred million trillion watts of power. The power consumption is a million times the energy output of all the power stations on Earth.

However, analysts now believe that it was more likely a “military” signal due to its actual strength and the low frequency of the transmission.

So What Does a “Military” Signal Entail?
Experts claim that if it were a “military” signal, it could simply be a local signal that bounced off of space debris and made it to the Russian observatory – not aliens. Defining it as a local signal would also explain its short duration and intensity.

Are We Done Looking for Aliens?
This most recent blip resulted in the Search for Extra-Terrestrial Intelligence (SETI) and Messaging to Extra-Terrestrial Intelligence (METI) institutes to turn their telescopes toward HD 164595. Regardless of the most recent analysis, it seems that some are still interested in the possibility of discovering alien life, whether or not it has to do with HD 164595.

Is This the First “False Alarm?”
Nope! Believe it or not, Australia’s radio telescope detected a similar “alien signal” back in 1998. However, it turned out to be the result of a microwave oven in the kitchen of the observatory. The signals only appeared once or twice a year before it was detected and debunked. Talk about a disappointment!

It Has Been Confirmed: The Universe is Coming to an End

The Fluke Nuke: History of The Microwave Oven