If you’re a fan of fictional crime scene investigation programs, you know that DNA can be a pretty convincing piece of evidence. This is also the case in real life, but now, DNA isn’t the only proof investigators may have at their fingertips. A new paper published by researchers at the Lawrence Livermore National Laboratory shows that hair may be a new clue for crime sleuths to consider.

Currently, DNA is the “highest” form of evidence when it comes to identifying people in forensics. Our DNA represents our variations in genes, and if it’s found at a particular location, there’s a good chance that you can be traced back to the area. However, DNA breaks down easily when it is not in our living cells. Heat, light, and other environmental conditions make it tough to analyze DNA once it’s outside of the body. 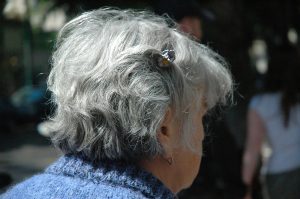 Now, scientists are turning to hair. Specifically, hair proteins, which DNA codes for, according to the researchers. But let’s back up for a moment and take a look at the structure of hair.

Hair consists of proteins, which are molecules made out of smaller ones called amino acids. Sometimes, amino acids can be traded for similar ones without any effect. The researchers found that if they could discover these minor amino acid changes in hair protein, they could potentially trace them back to a single mutation in DNA. In turn, these relatively small variations in protein structures in a single strand of hair could identify individuals, similar to DNA.

As far as the study goes, the researchers tried to analyze a variety of different types of people. They looked at 66 men and women of various descent, and also included remains from six individuals dating back to the 1700s and 1800s. The scientists were able to discover 185 distinct patterns of amino acids, and as their research continues, they believe they will unveil almost 1,000 in total.

“This method will be a game-changer for forensics, and while we’ve made a lot of progress toward proving it, there are steps to go before this new technique will be able to reach its full potential,” said LLNL chemist Brad Hart, the director of the Lab’s Forensic Science Center and co-author of a paper.

But this doesn’t mean we can’t get a bit excited for the new breakthrough. After all, it could one day influence what we’re glued to on television, right?

The Secret Sex Lives of the Praying Mantis