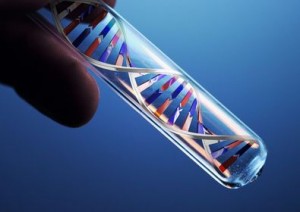 23andMe, the DNA-testing kit service, has announced that it will now begin telling customers about the three mutations in the breast-cancer genes BRCA1 and BRCA2 (“Authorization for Direct-to-Consumer Genetic Test on Cancer Risk,” 2018).

“Being the first and only direct-to-consumer genetics company to receive FDA authorization to test for cancer risk without a prescription is a major milestone for 23andMe and for the consumer,” said Anne Wojcicki, 23andMe CEO and co-founder. “We believe it’s important for consumers to have direct and affordable access to this potentially life-saving information. We will continue pioneering a path for greater access to health information, and promoting a more consumer-driven, preventative approach to health care.”

But why do customers need to know? Of course there are preventative measures that can be taken once this information is in hand, but are we ready to handle this new level of healthcare?

I decided to go all in on a 23andMe DNA testing kit with the bundle of gift cards I received for Christmas last holiday season. Given that the kit was going to be practically free for me, I went the extra mile and got the test that includes the health portion of the analysis (rather than just my ancestry).

It’s worth noting that I have not received my results back just yet, but if there’s anything I’ve learned throughout the waiting process, it’s that my mindset on whatever my health results may be has completely changed.

I’m not sure if the sample that I mailed in made the deadline for the BRCA1 and BRCA2 testing, seeing as this is a recent development within the company. However, I had already been anxious since the day I received my 23andMe testing kit to learn about how predisposed I may be to everything from Parkinson’s disease to late-onset Alzheimer’s disease.

Now that it’s been a few weeks and I still haven’t received my results, my attitude has changed. There’s plenty to be said about what we are predisposed to, genetically, but can one commercially available test really be the difference between an early death and a long, healthy life? Taking it all with a grain of salt may be the best route to go for me, at this point, as I look back at why I invested in the test in the first place – out of a general curiosity.

Sure, I’ll be happy to learn more about what makes my body tick, but at the end of the day, it could be an asteroid hurling toward Earth that surprises us all anyway. C’est la vie!

Report: Your Breath May Tell You How Prone You Are to Disease