Racing pulse and sweaty palms ─ math tests can cause symptoms that are similar to a heart attack, but are in fact the signs of math anxiety. This form of angst is unlike other forms of anxiety; it has nothing to do with intelligence or working memory yet it has been defined as a negative affective response to mathematics. It even looks different in the brain: researchers examined affected students with functional MRI and found that brain regions associated with processing of negative emotions were highly active, while regions responsible for mathematical reasoning showed lower activity when they were taking a test. Even high-performing students with high working memory did poorly on exams if they suffered from math anxiety, with potentially serious long-term effects.

Math anxiety can be found as early as first and second grade, according to a study by Sian Beilock, psychology professor, and may harm the highest-achieving students with the most working memory the worst. This is because worries about math can disrupt the working memory, creating a vicious feedback cycle born of this fear.

However, it’s not all mind over matter. There seems to be some differences in the way the brain reacts to math anxiety. Functional MRI studies show that math anxieties produce hyperactivity in the right side of the amygdala as well as reduced activity in posterior parietal and dorsolateral prefrontal cortex regions involved in mathematical reasoning. The activity in the amygdala represents a heightened sense of fear, while the reduced activity was related to a reduction in the ability to work through the problems. While all of the effects are specific to math, they are independent of other factors, like general anxiety, intelligence, and working memory.

The National Mathematics Advisory Panel noted in 2008 that strong math skills are indispensable in our technology-driven world. These skills are high valued in the industry where consumer products are made, and thus are key to a high paying job. So, how then would math anxiety impact students?

There is a tiny amount of genetic influence that may lead to this fear factor, but on the whole it seems to be a social and conditional factor. This is good news, because it means that with a few tweaks to the way things are done now, students with higher math anxieties may be able to seek special classes or help through the tougher times. One way to find out how students fare is to use a testing method, such as the Revised Mathematics Anxiety Rating Scale (RMARS), which may help screen and place students where they may be more comfortable with math.

If math anxieties aren’t taken into account during primary education, college bound students with higher math anxieties may not be ready for the tough demands of research design, or other math centered classes. The problem, it seems, may not arise until the exam is in front of the students, but once the anxiety sets in, performance goes down.

Although anxiety starts at an early age and gets worse with each passing poor exam, students may be able to do better in math. Eugene Geist, associate professor at Ohio University, suggests that teachers should walk kids through the problem before calling on them to answer in front of people. Parents can also help, by having the right attitude about math and helping kids recover from an embarrassing situation. Geist also suggests that students take the initiative to seek math tutoring help to increase the chances of understanding and success. While these cures were originally aimed elementary school students, even high school and college students are likely to benefit from the suggestions.

Here are some of our cheat sheets for you to get started! 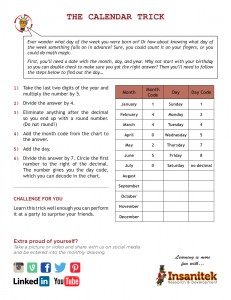 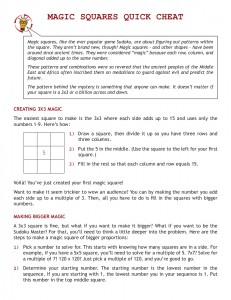 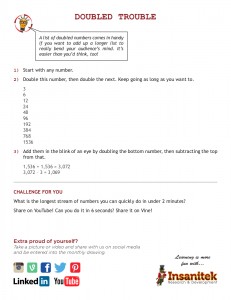 Neuroscientists: Your Memory Bank is Just as Big as the World Wide Web

Teach bravery in the face of finances