Every winter snow brings snow drifts. Silent, soft snow drifts that wait for the playful spring of a puppy or child to send flakes flying. They can be a few minutes of joy until the play is worn down from exhaustion or a disaster lurking on the roads. The reality is we overlook a simple, functional landscape feature that could be life saving.

If a car hits a patch of ice and heads into a snow drift, it’s difficult to get it out at best. At worst, it’s stuck.

Beyond that obvious oops of life, snow drifts can be a problem when the pile up in places that make moving around impossible. I remember once when a steep snow drift towered above me and blocked me in my apartment. It was a great reason to miss school, but it wasn’t so great that I needed some groceries. #gradschoolbudgetproblems

Let’s gets some foundational stuff out of the way. Namely, how much snow are we dealing with here? Well, there are a few factors.

Strong winds and heavy snow are the two core components of drifting snow and dangerous traveling conditions. But, you could have lots of moving and drifting snow with no snowfall if there is strong wind and powdery snow as well. 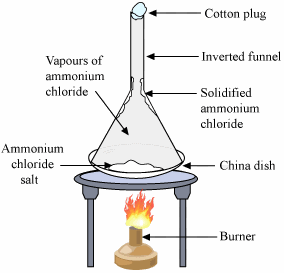 Snow evaporates as it blows in a process called sublimation, an example of which can be seen on the left with ammonia. How fast depends on the rest of the weather conditions. The colder and drier, the more likely it will evaporate before a handful of drifting snow can make it even a few miles.

But What About Ploughs?

Most of us are familiar with the good ol’ snow plough. This is most common in urban environments where the drifts are very close to the road. It’s a good solution if you have no other choice to clear the roads, but the costs of hiring and removing snow with them can add up really quickly. For example, it can cost $30 per man hour as of 2009 to do snow removal in a typical suburban neighbourhood where transportation time to and from location is shorter from the garage. Salt? That’s extra. And in 2022 as inflation has driven up prices of everything? Let’s just say it’s not that affordable any longer.

So, what’s a good alternative that uses physics and nature to help lessen the amount of snow?

Enter in the snow fence and ditches.

Gimme the knowlege!
Looking for a workshop to explain it to littles? Grab our sensory bottle workshop where you can show AND tell your curious ones about fluid dynamics — which is exactly what snow drifts are. You’ll not only be granted access to THIS lab, but any future labs and anything else in the resource library — all for the investment of your email address.

The Ditch & The Snow Fence

We’ve covered the fact that snow drifts can be fun, annoying, or dangerous depending on your situation. But let’s say it’s annoying or dangerous and you want to shift where the snow drifts are naturally located.

That’s where ditches and fences come in handy. Ditches are permanent, but fences do not have to be.

If you are looking for a permanent, long term solution, look at the roadways. Most roads have a slope on either side of the road, which makes the road higher than the immediate surrounding ground. According to DJ Sosa, a Senior Project Manager at WSB Engineering Consulting notes that, “A well designed ditch prevents snow from blowing onto the roadway. Historical data and snow drift models help to determine the proper location and size of a ditch. Ditches are designed best when existing topography and right-of-way are both considered to create a well-balanced solution.”

Fences, used in tandem with a ditch, can really help stave off mounds of snow building up on a surface and getting in the way. The idea of a snow fence is quite simple. It breaks the wind’s momentum and slows snow movement.

It is placed perpendicular to the prevailing wind (ahem, the idea is to break up the wind as it blows),but allows the snow and wind to go through. Why? The idea is not to block the wind and create a giant mound on the windward side of the barrier. On the leeward side the wind slows down a bit to drop the snow – and if you placed the fence far enough away from the road, it will drop well before the surface you want to be relatively snow-free.

Did you catch the trick?

The fence has to be far enough away from the surface to allow the snow to fall before it reaches the area you want to keep clear.

“If the distance between the fence and road to be protected is less than 30 times the fence height, then the snow drift may reach the road. That can make a drift problem worse, instead of eliminating it. Fences with less open area will have shorter drifts (10-15 times the fence height) but will also store less snow. For best results, keep a 4 ft. snow fence back at least 80 ft. and preferably 120 ft. from the road or driveway you want to protect.

Following are some tips for proper snow fence installation:

• Fences should be perpendicular to the prevailing wind direction.

• Fences should be as long as possible and should extend well beyond the protection zone.

• A bottom gap of 6 inches should be left under the fence. This allows the fence to trap the maximum amount of snow.

• Steel posts should be on 8 ft. centers.

• Plastic fencing material should be sandwiched between two wood laths and wired tightly to the steel post at the center and near the top and bottom.”

Remember the cardinal rule of drifting snow: Where there is an obstruction, snow will drift. That means your landscaping can help – or hinder – your master plan to keep your winter obstacle course manageable.

OK, a fence is a fence, right?

You knew that was coming, didn’t you? After all, if you’re gonna put something up, you might want your efforts to not only function, but also look good.

Say you want to put a fence in. You have choices.

Is one better than the other?

It depends on your situation and needs.

If, like me, you have wind that sweeps through every season of the year, you might want something permanent like sturdy living trees and shrubs to help break the wind all year. If you have animals you need to keep contained, you might want to go with a fence.

But vertical or horizontal seems a bit subjective, right?

Research from the 1970s and early 1980s suggest that there is a difference. Tabler summarized data collected from “Wyoming” style fences (horizontal slats) and “Canadian” style fencing (vertical) and found that vertical fencing reduced the leeward side of the drifts by 25%.

And with that, now you can start designing functional landscaping that helps you at all times of year.

What experience do you have with drifting snow? Will you be trying to make a snow fence?