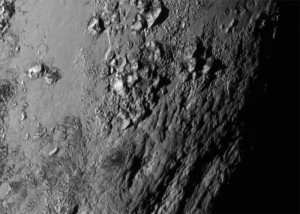 The moon is often thought of as just a big, bright ball in the night sky, but many have stopped to question how it got there. In fact, scientists have theorized that around four-and-a-half billion years ago, a large object sideswiped Earth. The debris from the collision might have entered outer space, and those pieces could have become our moon.

The theory is known as the Giant Impact Hypothesis, and many researchers subscribe to it. However, a new study suggests that this hypothesis is incorrect. In fact, scientists now argue that the moon formed from several “moonlets” over time, but let’s back up and examine each theory on its own.

As previously described, the primary notion behind this theory is that a chunk of debris is actually what we know as the moon today. Some believe that Earth was hit by a Mars-sized object called Theia.

When the collision occurred, vaporized chunks of Earth could have potentially flown into space. The pieces may have eventually came together to form the moon. Researchers also believe that the moon may have formed as the Earth was evolving into a full planet.

The new theory published in Nature Geoscience by researchers in January 2017 suggests that the moon was developed out of two dozen “moonlets,” and Earth was impacted by several smaller bodies (rather than one large object). Additionally, the scientists believe that if Theia did hit Earth, it may have been chemically identical to the planet.

To Each His Own

These researchers are not the first to turn heads by questioning The Giant Impact Theory. An analysis conducted by researchers who looked at lunar rocks determined that the moon has similar a chemical composition to Earth. That being said, it has little signs of Theia and the chemicals it may have carried. How could the moon have formed out of a foreign object, but hold few signs of it?

“The whole giant impact model had been put into crisis several years ago … to the point where people thought it might be completely wrong because we couldn’t make it work in its details,” Sarah Stewart, a planetary physicist at the University of California at Davis, told The Washington Post.

Perhaps we should welcome moon theories as they come until we find one that fits just right.

Kaplan, Sarah. “Study suggests Earth once had many moonlets — until they merged to form the moon.” Washington Post. Published Jan. 10, 2017.

Kaplan, Sarah. “New twist explains how a single giant impact could blast the moon into being.” Washington Post. Published November 1, 2016.