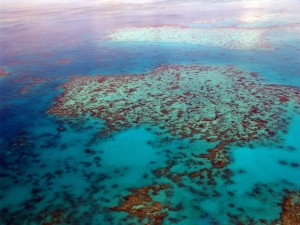 The Great Barrier Reef has been subject to coral bleaching for an extended period of time, leaving many to believe that it is a modern marvel that may soon become history. Now, a new threat to the reef is on the horizon – deforestation. But one might ask what deforestation has to do with the ocean.

Let’s back up for a moment.

It all has to do with a draft report from the Department of Environment and Energy in Australia (Van Boom, 2018). According to the draft report, up to 2,000 hectares of forest area near the reef could be cleared for activities, such as farming. But what’s the big deal?

As it turns out, farming and deforestation can play large roles in the health of the reef. Soil pollution near the reef can potentially impact water quality, as well as run-off. Ironically, the Queensland Government’s State of the Environment has already acknowledged that run-off is an existing problem for the Great Barrier Reef.

As the report states, clearing would only be limited to “flat land” in order to “manage the risks” of erosion and sedimentation (Hasham, 2018). In addition, clearing would not occur within 100 meters of a “watercourse of wetland,” and contour banks must be used to manage water flow. Each wet season, erosion would need to be repaired to reduce the impact of run-off.

Will it all be enough?

To be fair, the proposal is not yet official. Furthermore, Australia has been doing its part as of late to save the Great Barrier Reef, rather than destroy it.

Back in April, the Australian government announced a plan to invest more than $500 million to protect the reef. It partnered with the Great Barrier Reef Foundation on the initiative, and made a pledge to reduce pollution in the Reef. Furthermore, it made a promise to mitigate the impact of climate change (“Record Investment in the Great Barrier Reef to Drive Jobs,” 2018).

Climate change and warming ocean temperatures have been blamed for the bleaching of coral, leading to the death of the Reef.

“We want to ensure the Reef’s future for the benefit of all Australians, particularly those whose livelihood depends on the Reef,” the government said in a press release. “The Great Barrier Reef Marine Park Authority the Department of the Environment and Energy will also be boosted with $56 million to expand environmental management and compliance operations on the Reef and to support this significant additional investment in the Reef.”

Only time will tell whether the government’s efforts are enough to save the thriving reef and the creatures whose lives depend on it.

“Record Investment in the Great Barrier Reef to Drive Jobs.” Prime Minister of Australia Government Website. Retrieved May 30, 2018, from https://www.pm.gov.au/media/record-investment-great-barrier-reef-drive-jobs.

Meet RangerBot, Out to Save the Great Barrier Reef from Starfish