It’s hard to read through the latest health news of the day without coming across the Zika virus.

The World Health Organization has warned that the disease is spreading at an “alarming” and “explosive” rate, which is causing panic around the globe. 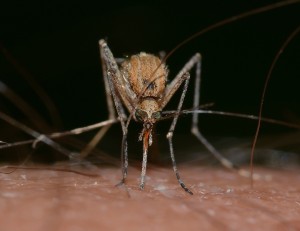 “The level of concern is high, as is the level of uncertainty. Questions abound,” said Margaret Chan, director-general of the WHO. “We need to get some answers quickly.”

That being said, it’s important for the general public to have access to facts about the virus before the hysteria itself grows out of control. Without further delay, here is your quick guide to all things Zika.

It’s transmitted by the Aedes genus of mosquito. For quite some time, the disease slumbered among monkeys, according to the WHO. It first appeared in a monkey in the Zika forest of Uganda in 1947 (hence, the name). However, this is not the first time it’s showed up in humans — it’s just the first time we’ve panicked over it.

The first outbreak dates back to 2007. Although it was pretty recent, the point is that this is not the first time that we’ve come across the Zika virus. A community in the Pacific Islands (Micronesia) saw a large outbreak back in 2007. This was followed by scattered outbreaks throughout the region between 2013 and 2014.

Today’s outbreak is more widespread. The WHO used the word “explosive,” which may have contributed to some of the initial panic. This is because Zika has been seen in 23 countries and territories in the Americas — the WHO has acknowledged that the level of alarm has been escalated to “extremely high.”

There is no vaccine or specific treatment. Furthermore, there is no quick diagnostic test for those who could potentially be infected with the disease. This, of course, ties into the WHO originally raising the red flag of concern.

No direct scientific evidence has linked Zika to birth defects (yet). Despite all of the headlines, there has been little evidence linking birth malformations to the Zika virus. This doesn’t mean that scientific evidence won’t arise in the future, but for now, the WHO is trying to play down this angle.

Scientists are looking into utilizing bacteria, such as Wolbachia, to fight the infected mosquitoes that transmit Zika virus — and this is just one of many options being examined by researchers. Until then, you might feel better if you wear bug spray next time you head outside.

Chan, Margaret. “WHO Director-General briefs Executive Board on Zika situation.” WHO. January 28, 2016.

Tick and Mosquito-borne Illnesses Are On The Rise: What Can You Do?

Report: Zombies Would Overtake Humans in About 100 Days