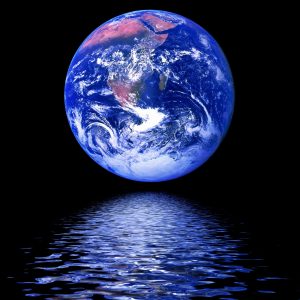 Many people are aware of the ice melting in some of the world’s coldest climates, but how is Antarctica doing? To find out, NASA recently conducted a study to find out how the ice is holding up at the end of the earth.

To conduct their research, the scientists developed software that could process hundreds of thousands of pairs of images of Antarctic glacier movement from Landsats 7 and 8, captured between 2013 and 2015 (“New study brings Antarctic ice loss into sharper focus,” 2018). Then, they compared these images to earlier satellite measurements taken by radar to examine any changes that had occurred since 2008.

“When I began working on this project three years ago, there was a single map of ice sheet flow that was made using data collected over 10 years, and it was revolutionary when it was published back in 2011,” explained the study’s lead author, cryospheric researcher Alex Gardner of NASA’s Jet Propulsion Laboratory. “Now we can map ice flow over nearly the entire continent, every year. With these new data, we can begin to unravel the mechanisms by which the ice flow is speeding up or slowing down in response to changing environmental conditions.”

In the end, the researchers were able to determine that the glaciers feeding into Marguerite Bay increased their rate of flow by 1,300 to 2,600 feet per year, likely as a result of ocean warming. The flow of West Antarctica’s Thwaites and Pine Island glaciers into the ocean continues to accelerate as well.

“We’ll be able to use this information to target field campaigns, and understand the processes causing these changes,” Gardner continued. “Over the next decade, all this is going to lead to rapid improvement in our knowledge of how ice sheets respond to changes in ocean and atmospheric conditions, knowledge that will ultimately help to inform projections of sea level change.”

And what about those sea level rise goals?

Even if governments end the fossil fuel era, as promised under the Paris climate agreement, sea levels will rise between 0.7 and 1.2 meters within the next two centuries (“Seas to rise about a meter even if climate goals are met – study,” 2018).

“More people are moving to live within the coastal zone, increasing the vulnerable population and infrastructure,” Professor John Church of the Climate Change Research Centre told Reuters. “Adaptation to sea level rise will be essential.”

Doyle, Alister. “Seas to rise about a meter even if climate goals are met – study.” Retrieved February 26, 2018, from https://www.reuters.com/article/us-climatechange-seas/seas-to-rise-about-a-meter-even-if-climate-goals-are-met-study-idUSKCN1G4286