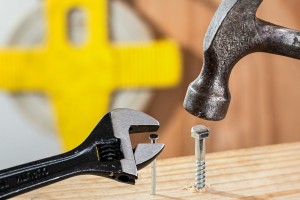 These days, it seems like robots are taking everything from our cars to our day jobs. However, there’s one task they’ll never be able to take away from humans — IKEA furniture-assembling (or, at least not yet).

In an article published in the MIT Technology Review, research showed that robots are still far away from being able to construct furniture by the Swedish manufacturer. IKEA, which is comically known for its difficult-to-assemble furnishings, has stumped modern robots. This wouldn’t be the first time that robots have failed to achieve all-too-human tasks. However, scientists are working on this specific deficiency.

Francisco Suarez-Ruiz and Quang-Cuong Pham from the Nanyang Technological University in Singapore are trying to help a robot assemble an IKEA chair through the use of arms, six-axis motion, and parallel grippers. Thus far, the bot hasn’t been able to complete the chair, but it’s coming close. TO make the process simpler, it has been broken down into a series of tasks for the robot.

“This work will continue until completion of all the tasks required for assembling an IKEA chair,” the scientists told the news source.

Until then, you can follow the bot’s journey on YouTube. Maybe you can even gain some furniture assembling tips along the way.

Why Do We Really Love IKEA?
IKEA is a craze that everyone from bachelors to moms have bought into over the years, but why do we love that Swedish furniture so much? As it turns out, there’s a bit of science behind it, according to Risklogy.

Psychologists from Harvard University once tested a hypothesis — you’ll pay more for an item you create yourself. This means that even if your IKEA chair ends up ugly and dysfunctional, you’ll still pay more for it than an item made by someone else.

Here’s the bottom line: IKEA is making you work for your new dining room table or bookshelf, but it’s banking on the fact that you’ll feel so good about putting it together that you’ll keep coming back.

Considering that its total sales increased 5.9 percent in 2014 compared to the year before, the retailer must be doing something right.

The Life and Death of Cassini, the Saturn Probe