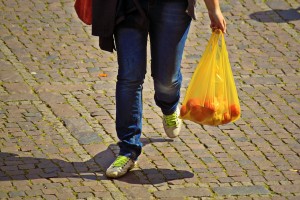 Mealworms may not be the prettiest creatures on the planet, but you might want to think twice before considering them just another useless insect. In fact, mealworms could eventually save Earth from destruction via plastic.

Researchers at Stanford University recently shared a study that showed mealworms could live on a diet of foamed polystyrene, also known as Styrofoam. These creatures, which are the larvae form of darkling beetles, do not suffer from any ill effects after ingesting Styrofoam, according to the Christian Science Monitor. More importantly, they digest it, thanks to the bacteria in their gut. They eventually convert it into carbon dioxide gas and biodegraded fragments.

Now, scientists are looking for the marine-like counterpart of the mealworm. The creature (if it exists) could potentially gobble up the 5 trillion tons of plastic floating in our oceans, solving one of our many environmental issues. Of course, it would likely take an extended period of time, but one solution is better than none.

Addressing Ocean-based Plastic Concerns
It may come as a surprise that there are 5 trillion tons of plastic in our oceans, but not when you consider some of the facts. For starters, 80 percent of marine litter comes from the land, according to the Natural Resources Defense Council.

Unfortunately, the problem is only getting worse. A study published in Science earlier in 2015 discovered that there was eight million tons of plastic trash floating on the surface of the ocean in 2010, stemming from coastal countries. This number is only going to increase — by tenfold, to be exact — over the next decade, according to National Geographic.

China is at the top of the list of worst offenders around the globe, and the U.S. landed in the 20th spot. The fact that the U.S. is within the top 50 proves one thing — an organized garbage collection system isn’t the answer to the problem. The U.S. made 20th on the list due to its density of coastal cities and its large population of consumers.

Plastic is turning up everywhere. It has showed up in even the deepest ice packs in the Arctic, so it’s no wonder that it’s been ingested by 700 different species of marine wildlife. Now, scientists are attempting to focus on exactly where it’s piling up and how much is flowing toward these specific areas. Not an easy task.