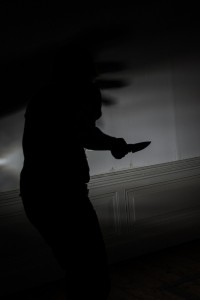 Researchers everywhere rejoiced last month when they unearthed a 9,000 year-old skull, and not just because it was old. Instead, the skull represented what might have been the first case of decapitation in human history.

But let’s back up for a moment.

The skull came from a grave site that was excavated in 2007 in Lapa do Santo, Brazil. Archaeologists have been working there ever since, and there are thought to be 26 human burials in the spot. Today, Lapa do Santo is a rock shelter that looks more like a circular pit, according to Discovery.

This newly discovered skull belongs to what is being deemed “Burial No. 26,” which is about 9,000 years old. The individual was likely a local member of the society found underground. However, the skull was not a “trophy head.”

“Trophy heads” typically have drill holes in the skull for carrying, and they are often curated for long periods. No drill holes were found, and researchers now believe that the skull may belong to a poor individual who was decapitated by his community.

Previously, decapitation in South America was thought to date back 5,000 years old. If this skull is in fact a part of a person who had his or her head cut off, it would surpass previous records.

Some researchers believe that the individual was not necessarily murdered. Instead, experts think that the head may have been cut off after he or she died as a part of a funerary ritual. In any case, it’s interesting to uncover what South American natives might have been thinking thousands of years ago, especially when it comes to death.

“It opens a window to the mysterious cosmology of the first human peopling of South America and provides us with a rigorous record of their amazing funerary practices,” Jean-Jacques Hublin, director of the department of Human Evolution at the Max Planck Institute for Evolutionary Anthropology, told Discovery.

Okay, so what is the earliest instance of murder in history?

A skull made headlines back in Spring 2015 when it showed evidence of blunt trauma, which may indeed be the earliest case of murder known to man, according to the Daily Mail. More importantly, the skull goes back 430,000 years. It was originally found in Sima de los Huesos in Northern Spain in an underground cave, alongside 28 other people.

To make it creepy, researchers believe that humans were responsible for the accumulation of bodies in the cave. I smell a serial killer…

A 430,000-year-old Skull May Belong to the World’s Oldest Murder Victim