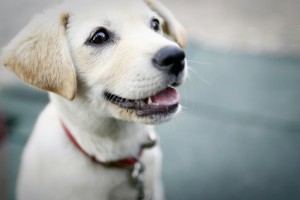 During the holidays, it isn’t uncommon for pet owners to sneak their dogs a few bites to eat under the table. However, the U.S. Food and Drug Administration (FDA) now says it’s the food dogs are supposed to eat that may actually be causing problems.

As it turns out, bone treats – store-bought pet treats that are designed to mimic bones – may be more dangerous for dogs than previously thought (“No Bones (or Bone Treats) About It: Reasons Not to Give Your Dog Bones,” 2017).

“Many dog owners know not to toss a turkey or chicken bone to their dog; those bones are just too brittle,” the FDA said in its warning. “But the U.S. Food and Drug Administration says the risk goes beyond that, especially when it comes to the ‘bone treats’ you may see at the store.”

As of late, the FDA has received 68 reports of illnesses in dogs related to so-called “bone treats.” The incidents occurred between November 1, 2010 and September 12, 2017. The products are often described as “ham bones,” “pork femur bones,” “rib bones” or “smokey knuckle bones.” In some cases, they are dried through a smoking process or baked. They may also contain seasonings or preservatives.

In the cases observed by the FDA, dogs that ate the treats exhibited gastrointestinal obstruction, choking, cuts and wounds in the mouth, vomiting, diarrhea, and bleeding from the rectum.

“Giving your dog a bone treat might lead to an unexpected trip to your veterinarian, a possible emergency surgery, or even death for your pet,” says Carmela Stamper, a veterinarian in the Center for Veterinary Medicine at the FDA. “We recommend supervising your dog with any chew toy or treat, especially one she hasn’t had before. And if she ‘just isn’t acting right,’ call your veterinarian right away!”

Some of the tips the FDA has for keeping your dog safe include talking to your vet about which treats are appropriate for consumption, as well as keeping human foods that may include bones out of reach.

Some foods that are safe for dogs to eat include fish (without the bones, of course), eggs, peanut butter and yogurt (“Human Foods Dogs Can and Can’t Eat,” 2017). Certain types of nuts, such as almonds, should be stayed away from by dogs. Chocolate, ice cream, garlic and onions should be steered clear of as well.

Could Archaeologists Have Discovered the Remains of Santa Claus?