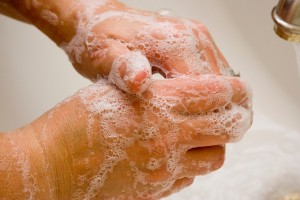 If you’re looking for a new reason to think twice about the impact of global warming, consider infectious disease.

A study published inÂ Philosophical Transactions of the Royal Society BÂ shows that certain infectious diseases may be the result of climate change. Zoologist Daniel Brooks from the University of Nebraska-Lincoln says that climate change is shifting the habitats of wildlife, which will inevitably bring humans into contact with pathogens they haveÂ not been exposed to in the past.

Throughout his career, Brooks has seen parasites switch hosts as a result of changing eco-systems. For example, parasites moved to howler monkeys after their original hosts, the spider monkey and capuchin monkey, were hunted out of existence in Costa Rica.

“Even though a parasite might have a very specialized relationship with one particular host in one particular place, there are other hosts that may be as susceptible,” Brooks says.

So take a look at the big picture: pathogens that have yet to come in contact with humans may be hiding out in the wilderness, living on creatures we rarely see. Eventually, our actions (i.e., habitat destruction) mayÂ drive these creatures to extinction, forcing their parasites to find homes on animals that do not have the immune systemsÂ to combat them. The pathogens begin to spread and thrive.

Or, there’s the alternative: parasites re-home themselves on animals driven to move toÂ newÂ locations (closer to humans) as a result of habitat destruction. In turn, the risk of pathogen exposure greatly increases. Either way, it looks like a losing situation for humans.

The Reality of Infectious Disease

Previously, researchers assumed that pathogens and infections would die off as a result of their inability to adapt. As Brooks’ research has shown, the exact opposite is happening. However, he notes that we shouldn’t be terrified of an epidemic that wipes out the world’s population.

âItâs not that thereâs going to be one Andromeda Strain that will wipe everybody out on the planet,â Brooks says. âThere are going to be a lot of localized outbreaks putting pressure on medical and veterinary health systems. It will be the death of a thousand cuts.â

That being said, I’m still moderately afraid of what may beÂ brewing out in the wild. I’m not ready to put my Haz-Mat suit on just yet, but IÂ may think twice about increasing my efforts to be a little greener.