Play-doh is fairly ubiquitous. Where there are toddlers, there is Play-doh or a variant of it. It’s one of the most beloved fidget toys for those with sensory issues, meaning it’s making it’s way into older people’s desks so they have something to manipulate while they think. So, what’s the history behind this beloved toy?
Despite Play-doh being invented in Cincinnati, Ohio the 1950s, the story behind it’s invention seems to be condensed into a clean version of what happened. According to the Ohio History Connection:
As researchers and inventors, we know it’s not that easy. Not so shockingly, the internet is full of stories about it, but none of them have legitimate citations. It’s more like a game of Chinese telephone, where misinformation is passed around. This comment from someone claiming to be the inventor’s great granddaughter is what really brought that to my attention:

“Wow well you have a few facts right however your facts seem to be all coming from one source. And very opinionated. As the great grandaughter of Noah McVicker and the child of his oldest granddaughter who was amongst the first children to ever play with the constantly changing compound until it was deemed fit to ever enter a school building I have heard this story in a completly different way. Have you even tried to get facts from every side or just the ones who pout about not having their name on the on inventors list? The play doh compound was already being tested and Kay was simply asked to try it in her classroom. My aunts and uncles (his grandchildren) used to want to play with the stuff and that is when the idea came to NOAH MCVICKER to take out the toxins.”

(I say claimed because as we know anyone can claim to be anyone on the web. I have no verifiable proof that she is or isn’t. Regardless, it makes one pause to remember that not all facts are given in these secondary sources, and thus blanks are filled in regularly.)

Luckily, I live in Indiana. Cincinnati isn’t that far away, and I know many older people that grew up around that area. I thought to ask around to see what people said about their childhood and the beginning years of Play-doh.
I’m going to guess that the testing pool was fairly small. Embarrassingly, of the 4 dozen grandmas and grandpas I talked to at Church fish fries who grew up in Cincinnati, no one had heard of Play-doh while they were a child, let alone played with it back then.

From an inventor standpoint this is another for the case file that you shows can start small and local with your testing, but end up doing something big in the end. That means test your ideas with family and friends first, and really tap into your network.
Would you like a slime lab designed to help you and your little ones think like a scientist?
You’ll not only be granted access to THIS lab, but any future labs and anything else in the resource library — all for the investment of your email address.
Don’t worry, we don’t spam you. We just send you helpful tips and ask for feedback about how we can keep delivering what you need. And maybe the occasional offer from us (if we remember). 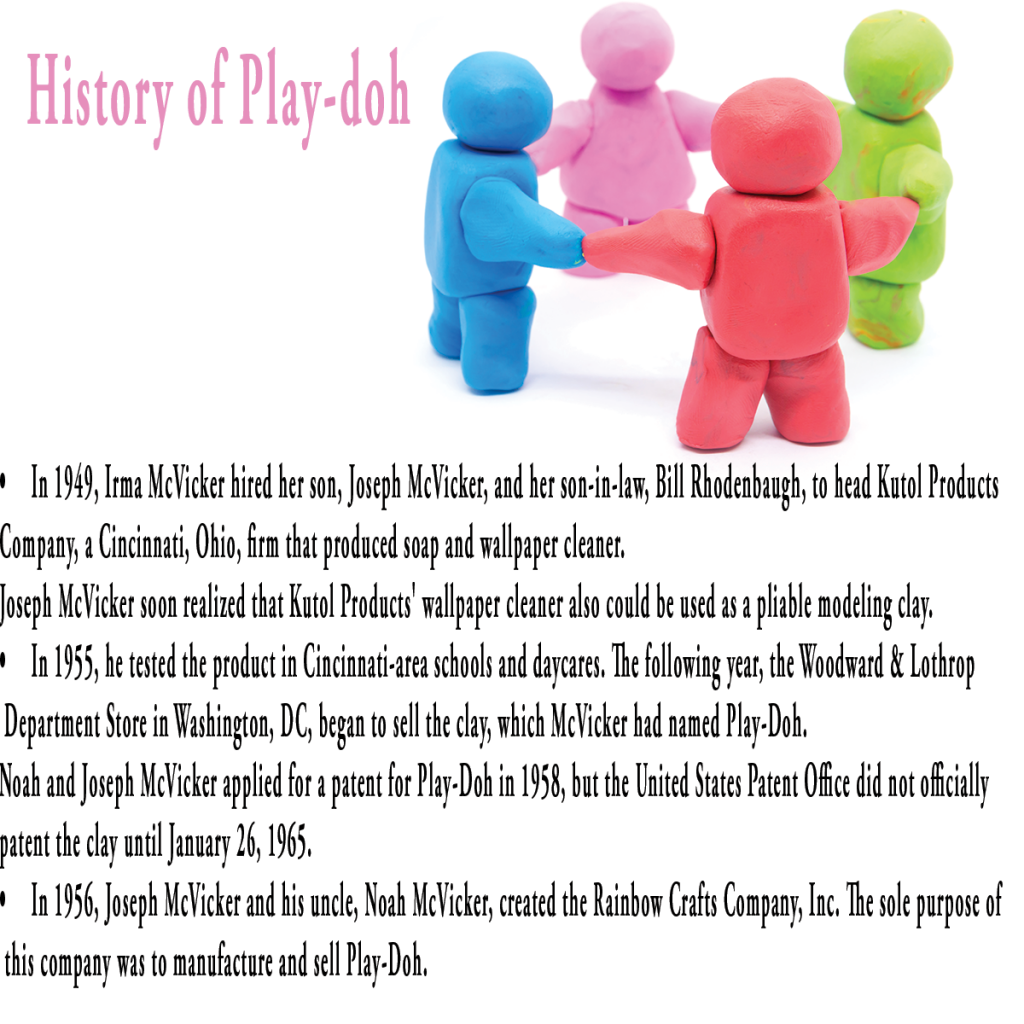 Self-taught can be just as good as schooled