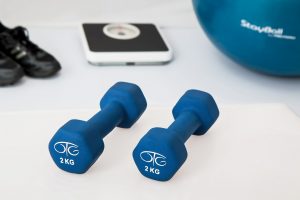 Do you live in one of the fittest places in the world? This is what researchers recently attempted to uncover by analyzing data from thousands of people.

To draw their conclusions, scientists looked at anonymous data from more than 700,000 individuals. These people were asked to use Argus, an activity monitoring app.

“There have been wonderful health surveys done, but our new study provides data from more countries, many more subjects, and tracks people’s activity on an ongoing basis,” researcher Scott Delp told the BBC. “This opens the door to new ways of doing science at a much larger scale than we have been able to do before.” (“Do you live in the world’s laziest country? – BBC News,” n.d.)

So what made some cities better than others?

While walkability helped, the researchers noted that the average number of steps did not necessarily equate to lower obesity levels in certain cities. The researchers cited “activity inequality” as the key differentiator. In short, the bigger the activity inequality, the higher the rates of obesity, according to the scientists.

“For instance, Sweden had one of the smallest gaps between activity rich and activity poor… it also had one of the lowest rates of obesity,” noted researcher Tim Althoff, while speaking to the BBC.

The researchers of this report noted that they gathered data from people using the Argus activity monitoring app. Today, there are several fitness tracking apps and devices on the market, but are they worthwhile?

“They’ve made us all aware of how we treat our bodies, and they have even helped people diagnose things like diabetes and obesity,” Collette Johnson, head of marketing at design technology consultancy Plextek, told the BBC. “But I feel they could go further.” (“Is that fitness tracker you’re using a waste of money? – BBC News,” n.d.)

One study conducted by the University of Pittsburgh concluded that fitness trackers were “ineffective at sustaining weight loss” after examining users over a 24-month period (Jakicic et al., 2016).

“These devices should not be relied upon as tools for weight management in place of effective behavioral counseling for physical activity and diet,” said John Jakicic, the study’s lead researcher.

But if it keeps you motivated, what’s the harm?

Would You Pay $499 for a Fitness Tracker that Could Optimize Your Health?