Scuba diving is a great way to explore the ocean’s depths and witness all the wonders the undeseas world has to offer. But it can be dangerous, too, and we aren’t talking about man-eating sharks and killer jellyfish. In fact, this treat doesn’t come from the ocean’s water; it comes from inside your own body. Divers venturing deep into the ocean are susceptible to a condition known as the Bends. Also called Diver’s Disease, Caisson Sickness, or, more commonly, Decompression Sickness, the Bends is the rapid release of nitrogen from the bloodstream, The nitrogen forms bubbles that quickly expand. It is akin to shaking up a bottle of soda, seeing the bubble quickly form and feeling the pressure build within the bottle. When the Bends occur, the bubbles cause pressure in every blood vessel in the body. As you can imagine, this is incredibly painful and can lead to permanent tissue damage, and even death. 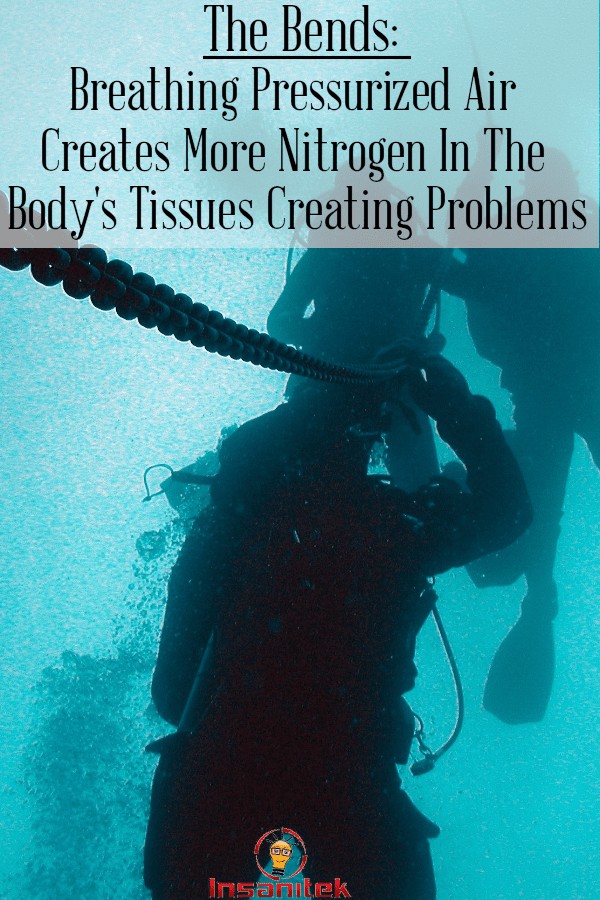 The Bends was first observed in caisson workers in the 1840s that used hard diving helmets to construct underwater foundations for bridges and piers. In an attempt to clear debris from a ship wreck that was obstructing the shipping lanes of Portsmouth, England, the British Royal Engineers assigned Colonel William Pasley and his team of divers to do the task. The job required the divers to spend a considerable amount of time underwater at depths of approximately 65 feet. Every member of the dive team exhibited mysterious maladies, including unexplained joint pain, chills, dizziness, and shortness of breath.

In subsequent underwater building projects, divers exhibited the same set of symptoms. As the building projects became more involved and the divers were asked to go to greater depths to install bridge footings, more and more divers showed symptoms of this still-unknown condition. The severity of the symptoms increased as well, and several deaths were reported. The name, the Bends, was assigned to this condition during the construction of New York’s Brooklyn Bridge. Divers suffering from the affects of the ailment would often bend over in pain.

The cause of the Bends was first determined by Paul Bert, a French physiologist, in 1878. He found that breathing pressurized air creates more nitrogen in the body’s tissues. Bert also discovered that the symptoms of the Bend could be relieved be returning to the pressurized state of the ocean deep. Soon after, in 1879, recompression chambers were used for divers suffering from the Bends.

The air that divers breathe in from their oxygen tanks is pressurized air. The human body is not equipped to breathe pressurized air; it is accustomed to the air at our normal atmospheric conditions. The high pressure air enables the blood to become more soluble, so elements such as nitrogen dissolve more easily. So as the diver surfaces, the nitrogen forms many tiny bubbles in the blood, sparking the Bends. English chemist William Henry determined that both temperature and pressure affect the solubility of a gas. He developed a formula, known as Henry’s Law, to explain this: 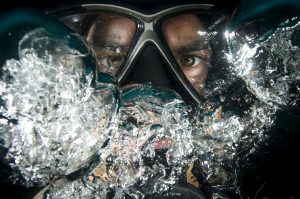 The physics of what happens to the human body under water is a complex process. Today’s divers are more fortunate. Doctors became aware of the Bends, therefore they were better able to treat decompression patients. Advances in diving equipment now means that divers have computers to help calculate their appropriate rate of ascend to avoid the Bends. Still, decompression sickness-related accidents still occur. In fact, about one out of every 20,000 will end in the Bends, in some degree of severity. Extreme cases of the Bends can cause paralysis, permanent tissue damage, and even death. It is a condition that should not be taken lightly. The best cure for the Bends is to not experience it in the first place. Making sure the diving equipment is working properly and following the right guidelines for a slow ascension to the surface.

Lacking This Biomarker? It Could Be Responsible for Your Depression