What if you could improve your memory over time? Many of us assume that our memories deteriorate as we age, and while that may be true for some, it doesn’t have to be our ultimate fate.

This is what some scientists hypothesize now that they’ve examined others with excellent memories. In a recent study published in Neuron, researchers looked at the brains of “memory champions” and compared them to “normal” brains. (“ Mnemonic Training Reshapes Brain Networks to Support Superior Memory ,” n.d.)

“We were interested in what differentiates memory champions from normal people, like you and me,” Martin Dresler, cognitive neuroscientist and study researcher, told NPR. (“Maybe You, Too, Could Become A Super Memorizer,” n.d.) 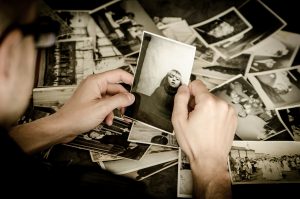 To deep dive into the topic, Dresler and a team of researchers looked at the brains of 23 “memory champions.” They conducted MRI scans of their brains to examine their anatomy. Afterward, they scanned the brains of 23 “regular” people who were similar in age, gender, and IQ.

Dresler said he was surprised to see that there were no obvious differences when they compared these factors. However, there was a slight difference in blood flow to specific portions of the brain.

Specifically, the scientists found that some regions of the brain “activated” in unison when the “memory champions” recited long lists of memorized words. This did not occur in the brains of “normal” subjects.

Boris Nikolai Konrad, one of the study authors who also happens to be a “memory champion,” notes that he was not born with any unusual memory “super powers.” He explains that he practiced memory strategy as a hobby in high school, and relies heavily on his visual memory.

For the second part of their study, Konrad and Dresler asked 51 people to train their memories for six weeks. In the end, they found that their brains became more like the “memory champions’” brains.

“We showed that, indeed, the brain is somehow driven into the patterns you see in memory champions,” Dresler concluded.

So what can you do to keep your brain “fit?”

You may not become a “memory champion,” but engaging in brain games like crosswords and Sudoku can help. You might also remember more if you use mnemonic devices. Whether it’s an acronym, exaggerated visualization, or rhyme, you’re more likely to remember a task later on if you go this route. (“Do These Common Memory-Boosters Really Work?,” 2013)

Finally, cut yourself some slack if you want to see your memory improve. Getting a full night of sleep and exercising regularly can do wonders for your memory, and it isn’t bad for your overall health, either.

Neuroscientists: Your Memory Bank is Just as Big as the World Wide Web

Do Your Friends Really “Get” You? Our Brains Say Yes