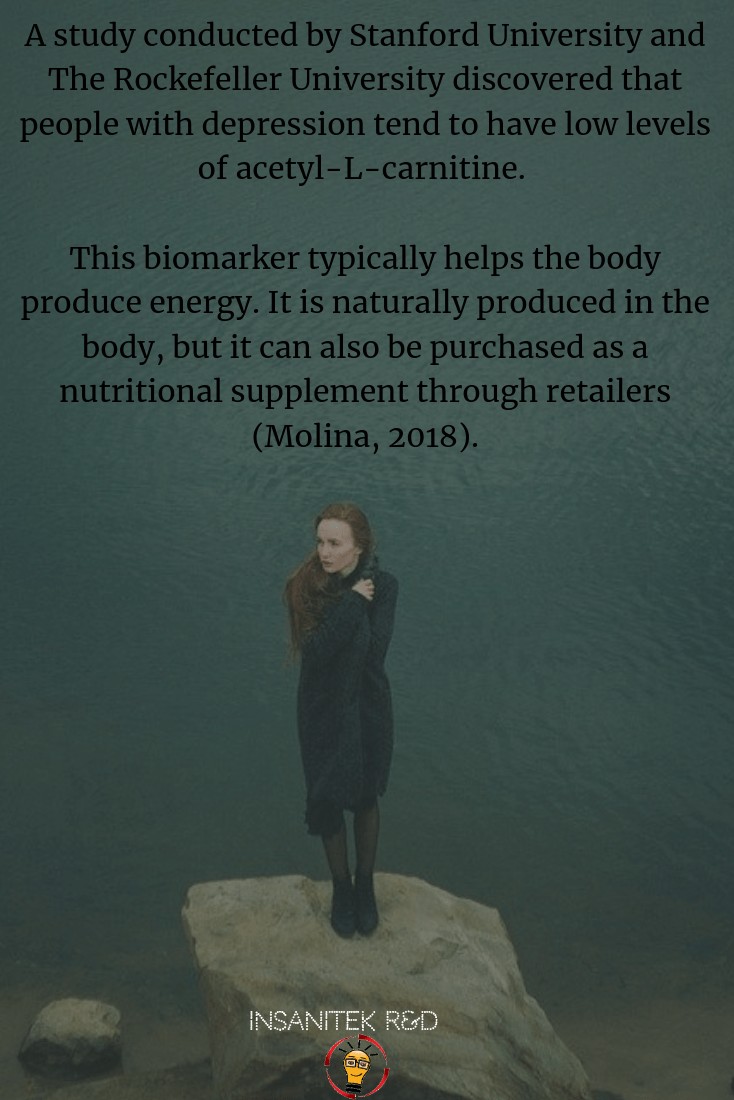 There is still little known about what biologically may predispose individuals to depression, but researchers are getting closer to solving the mystery. As of late, scientists have discovered a biomarker that they believe may be an indicator of depression in adults.

A new study conducted by Stanford University and The Rockefeller University discovered that people with depression tend to have low levels of acetyl-L-carnitine. This biomarker typically helps the body produce energy. It is naturally produced in the body, but it can also be purchased as a nutritional supplement through retailers (Molina, 2018).

In this latest study, men and women between the ages of 20 to 70 with a diagnosis of depression were recruited. They were screened with a detailed questionnaire and assessed clinically, and blood samples were taken (Goldman, 2018).

When their blood samples were compared with those of 45 demographically matched healthy people, the depressed participants’ acetyl-L-carnitine blood levels were substantially lower. Levels were also lower among patients who reported a childhood history of abuse, neglect, poverty or exposure to violence.

“In rodent experiments led by Dr. Nasca both here at Rockefeller and elsewhere previously, a deficiency of acetyl-L-carnitine was associated with depression-like behavior,” said Bruce McEwen, professor and chief of the Laboratory of Neuroendocrinology at The Rockefeller University and co-author of the study.

He went on to say that when the rodents were given oral or intravenous administration of acetyl-L-carnitine, the animals’ symptoms were reversed and they went back to their normal behavior.

While it may seem that this is the solution to solving depression, the authors of the study caution that their results are not the end-all, be-all answer to the condition.

“We’ve identified an important new biomarker of major depression disorder,” said Natalie Rasgon, professor of psychiatry and behavioral sciences at Stanford, who co-authored the study. “We didn’t test whether supplementing with that substance could actually improve patients’ symptoms. What’s the appropriate dose, frequency, duration? We need to answer many questions before proceeding with recommendations, yet. This is the first step toward developing that knowledge, which will require large-scale, carefully controlled clinical trials.”

She added that patients with depression should particularly exercise caution before going to the store and picking up a bottle of acetyl-L-carnitine and self-medicating for their condition. 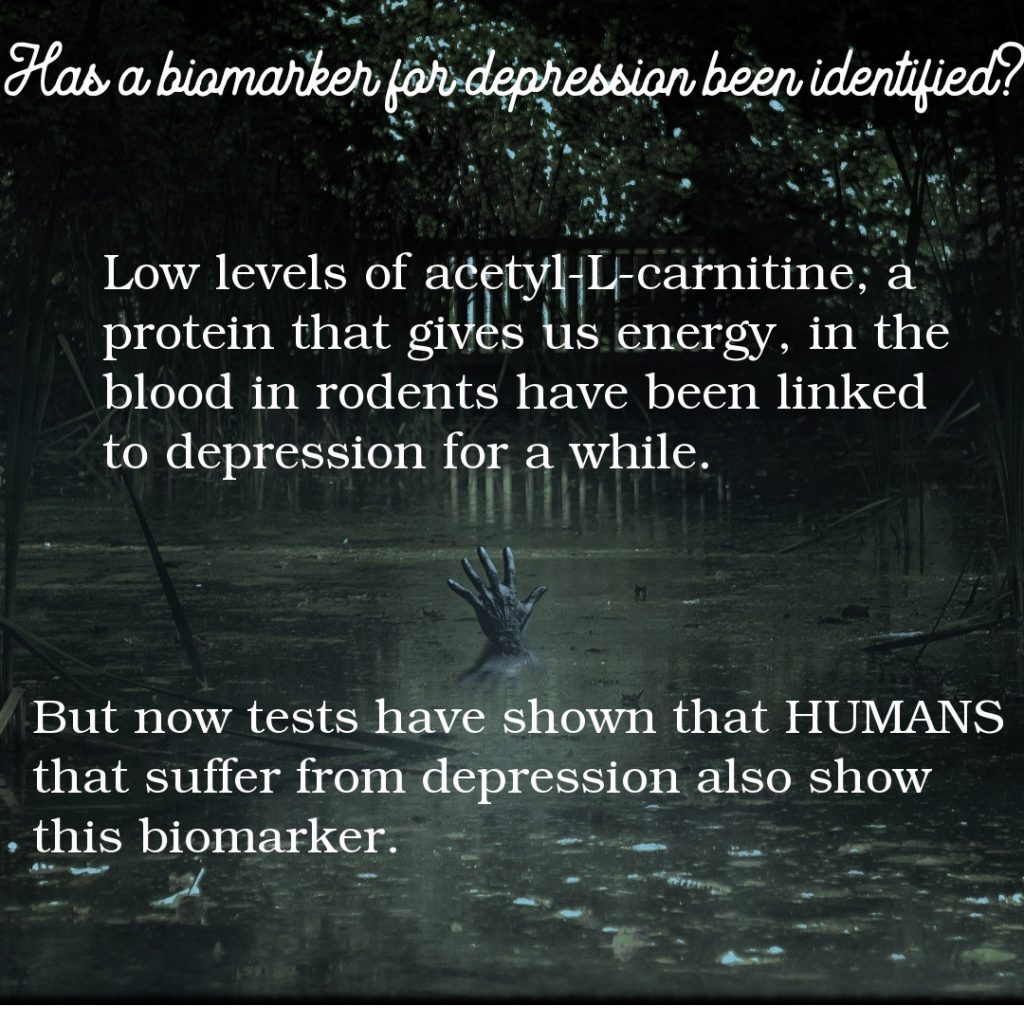