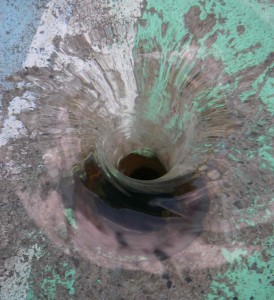 You may have heard that at the rate we’re going, we’re quickly headed toward a lack of fresh water. As the creatures responsible for this planet, we haven’t exactly done the best job of sustaining our natural resources. As it turns out, a future without fresh water is not as far off as originally thought.

NASA satellite images have revealed that the world is running out of groundwater, which serves as an important source of fresh water for people around the globe. Specifically, the Indus basin region is suffering the most from this depletion, according to FirstPost.

NASA’s Gravity Recovery and Climate Experiment satellite has found that 21 of the world’s largest 37 sources of water have exceeded their sustainability tipping point. India and Pakistan’s aquifer is the world’s second-most stressed water source. A stressed aquifer is defined as one that is experiencing rapid depletion without any signs of recovery.

Water Depletion: ‘Now What?’
The most obvious question at this time is, ‘Now what?’ For one, alternative water resources in the Indus basin region are scarce. This means the future isn’t all that bright in terms of fresh water in the area.

However, scientists have already been working on this looming issue, and not just for the sake of India. For instance, an industrial facility opened in 2010 that has the ability to transform salt water into fresh water through the process of desalination. Essentially, desalination is reverse osmosis — it uses mechanical pressure to force water through a membrane, which leaves salt on the other side.

In short, there is hope. That being said, desalination plants are not cheap (more than $390 million to construct, to be exact). Maybe we’ll come up with the money when we’re forced to face the absence of water.

What Else is Running Scarce?
Now that we’ve addressed water, what else are we draining from our planet that could potentially become problematic? Natural gas, coal and oil are just to name a few, according to The Guardian. To say we have become reliant on these resources for energy is an understatement, and as a result, they are starting to run low.

However, rare earth elements are also beginning to dwindle. Materials, such as scandium and terbium, are used frequently in items such as electronic circuits and smartphones. It’s not hard to see why these resources are dipping.

While it isn’t time to hit the panic button just yet, it may be worth taking a step back and appreciating the planet for what it is right now. The world will likely look very different for the next generation — how do you feel about contributing to its evolution?