What can nature teach us about post-traumatic stress disorder? As it turns out, there is a lot to be said about its impact on people suffering from the condition.

Psychologists from UC Berkeley recently wanted to determine how nature plays a role – if any – in the treatment of PTSD (Anwar, 2018). They looked at three groups of people – one contained 72 military veterans, while another had 52 teens from underserved Bay Area communities. The final group consisted of a dozen military veterans.

The first two groups of people went on one- and two-day rafting excursions along the South Fork of the American River in California. The last group went on a four-day white water rafting trip along Utah’s Green River.

In the end, the researchers concluded that awe, as opposed to joy, pride, contentment, and other positive emotions, is the single sensation that goes the furthest in boosting patients’ overall sense of well-being.

“It’s the active ingredient that explains why being in nature is good for us,” said study lead author Craig Anderson, a postdoctoral researcher and fellow at UC Berkeley and at UCSF. “The more awe people felt during the white-water rafting trips, the happier and less stressed they were a week later.”

Interestingly, Anderson went on to note that people who simply shared the same raft as the participants experienced similar emotions. This suggests that awe is contagious.

While nature is not a commonly heard remedy in terms of treatments for PTSD, this isn’t to say that it can’t help patients. There are several resources out there for people suffering from the condition.

However, it’s important to understand that recovery is a process (“Coping with Traumatic Stress Reactions,” 2018). Having an ongoing response to trauma is normal, and recovery is a daily process that happens little-by-little.

Anwar, Yasmin. “Nature is proving to be awesome medicine for PTSD.” University of California. Retrieved July 18, 2018, from https://www.universityofcalifornia.edu/news/nature-proving-be-awesome-medicine-ptsd 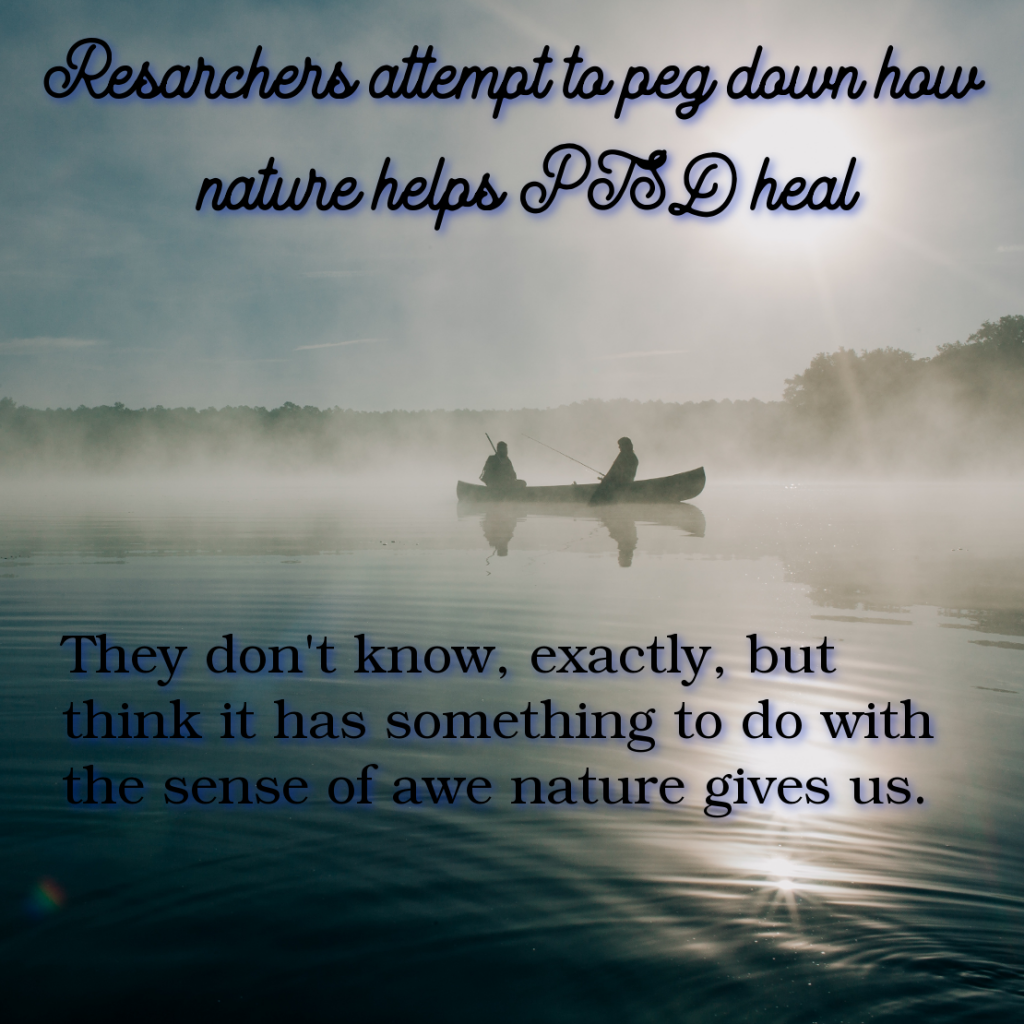