Have you ever wondered if the Moon does more than just impact the tide? This is what scientists have been wondering for decades, and now, some of them are looking into it. A new study published in Nature sheds light on how the Moon may not only impact the ocean and its tides, but earthquakes.

Study author Satoshi Ide and colleagues from the University of Tokyo analyzed data from the past two decades to draw their findings. Initially, it was seemingly obvious to researchers that the Moon’s gravitational pull would tug at the Earth’s crust. Movement in the crust’s top mantle is responsible for the earthquakes we experience. However, there has been little progress made in terms of uncovering evidence of the Moon’s relation to quakes. 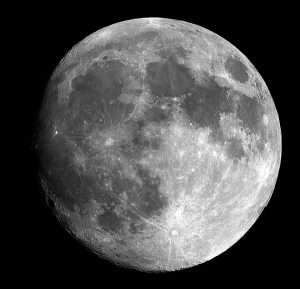 When Ide and his peers set out to look for signs of it, they took note of a Sumatran earthquake that occurred in December 2004. There was a full moon and spring tide near the time of the event. During the earthquake in Chile in February 2010, the moon and sun had also been exerting a large gravitational pull over Earth.

More recently, an earthquake struck Japan in 2011 during neap tide. However, tidal stress was not high at the time.

The researchers did not hone in on any correlation between the tides and small earthquakes, but previous data suggests that there may be a link. A study published earlier this summer led by Nicholas Van Der Elst, a seismologist with the U.S. Geological Survey, honed in on low-frequency quakes in the San Andreas Fault. The data indicated that they were more likely to happen during the moon’s waxing phase.

“The sun and moon exert a gravitational tug on Earth that stretches and compresses crustal rocks,” Van Der Elst and his colleagues concluded in their study. “This cyclic stressing can promote or inhibit fault slip, particularly at the deep roots of faults. The amplitude of the solid Earth tide varies over a fortnightly (2-wk) cycle, as the sun and moon change their relative positions in the sky.”

So should we be watching the Moon more closely for indications of quakes? Not necessarily, according to researchers. It’s important to remember that these studies only look at specific sets of data, regardless of how compelling the findings may be.

“We will have to wait and see,” Van Der Elst told The Atlantic.