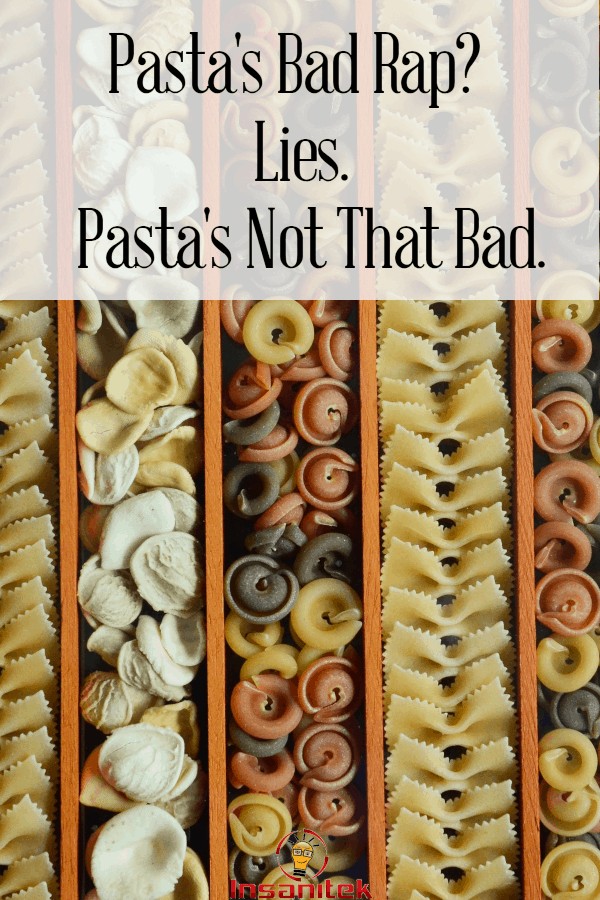 Before you take one more bite of that pasta dish, you might want to think twice about what those carbs are doing to your weight – or maybe not. New research shows that pasta, in particular, may not be the bad guy when it comes to weight gain.

As it turns out, pasta’s low glycemic index (GI) may work in its favor (Gander, 2018). Researchers from St. Michael’s Hospital in Toronto, Canada came together to look at how pasta’s reputation for weight gain held up. They assessed 30 randomized control trials involving almost 2,500 participants who followed a “low GI diet.” In addition, they ate pasta instead of other forms of carbohydrates. The participants ate 3.3 services of about one-half cup of pasta on average each week.

The researchers analyzed the participants’ body weight, BMI, body fat, and waist measurements. In the end, they discovered that pasta did not appear to contribute to weight gain or increased fat levels. Over the course of 12 weeks, participants lost half a kilo on average.

The authors of the report believe that lower GI foods tend to fulfill cravings of hunger better than others (Chiavaroli, 2018). This, in turn, discouraged participants from eating more food over time.

“These results are important given the negative messages with which the public has been inundated regarding carbohydrates, messages which appear to be influencing their food choices, as evidenced by recent reductions in carbohydrate intake, especially in pasta intake,” the researchers wrote in their report.

But is pasta really the hero when it comes to low GI foods?

The researchers note that there are many different types of pasta, and generally, they have a lower GI than other starchy foods. It’s also worth noting that whole grains did not appear to significantly affect pasta’s GI, so when you see whole grain pasta being touted at the grocery store, you might want to keep walking.

“The reason why carbohydrates have a bad rep is that we tend to eat too much of them and then smother them in fat and sugar, i.e. extra calories,” Nichola Ludlam-Raine, a qualified dietitian and spokesperson for the British Dietetic Association told Newsweek. “For example big bowls of cheesy pasta and sugary cereal. So it isn’t carbohydrates per se that cause weight gain, it’s the portion size in which we eat them and what we add to them that counts.”

Study Finds that Pushing Picky Eaters Does No Good