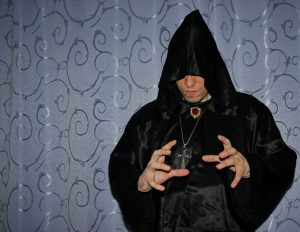 Editor’s note: This piece is part of the geek holiday collection, but also because even great minds like Newton believed in more occult-like things. Just because we live in a world that is more based in the real and tangible doesn’t mean we can’t give a nod to the curious hidden world.

Occult Day might sound like some strange excuse for holiday, but it’s celebrated by many who understand the history behind the real deal. If you associate the word “occult” with negativity, take a few moments to see why it isn’t all about what you might see on television. Occult Day is celebrated every November 18, so there’s no better time to get educated than now.

What is The Occult?

A quick internet search of the word “occult” will bring you to multiple pages about religion. While it does have a bit to do about spirituality and religion, you don’t need to subscribe to any belief in order to understand what the occult actually is in a basic sense.

As explained by Dr. Lewis Call of Cal Poly – San Luis Obispo, the word “occult” is the Latin word for “hidden.” It’s typically used to describe studies in philosophy, spirituality, religion, and magic – so there you have your “hocus pocus” association. However, Call states in a report that Westerners perceive the occult in many different ways.

“Western ‘occultism’ is actually comprised of many various traditions, belief systems, ancient religious elements and scientific approaches to the study of nature, which make ‘occultism’ difficult to define and interpret,” says Call.

While one may think that the Occult only has to do with negativity in a supernatural sense, many create their own definition based on their beliefs.

How Can I Celebrate Occult Day?

Once again, celebrating Occult Day varies just as much as the definition of “occult” itself. Depending on where your beliefs lean, you may want to break out a scary movie or horror novel on November 18 to “celebrate” Occult Day. Some even suggest finding a Ouija board and actually attempting to contact the “Other Side” to honor the big day.

However, a more simple (and scholarly) approach may be to keep the word “occult” in mind as you go about your day on November 18. “Occult” naturally points to mystery and striving for a better understanding of what is “hidden” in plain sight. Regardless of your religious and spiritual beliefs, Occult Day may be a good time to question what you think you know about the world around you – that is, if you’re not doing so already.

Harley, Vicky. “Celebrate Occult Day by getting in touch with the magic within you.” Watkins Publishing. Published November 18, 2014.

Researchers: The Battle Between Science and Religion Comes From Our Brains

Researchers: Our ‘Vengeful Gods’ May Have Helped Society Expand Over Time