Speed and strength are gifts some creatures possess that help to keep them safe from predators. Not every animal can be the fastest or the fiercest. Several of Earth’s animals have a unique way of defending themselves…they smell really, really bad! These top seven olfactory offenders have adapted to have the ability to release strong, pungent odors when they feel threatened, chasing away their attackers.

When discussing smelly animals, the skunk is at the top of the list. Skunks are slow, so they cannot outrun their predators. Instead, they spray an acrid liquid from their anal scent glands. This foul-smelling substance is a mix of chemicals containing sulfur and is produced in two small glands that are located under the skunk’s tail. Skunks have great aim. They spray their predator right in the face from as far away as seven feet. Skunks are pungent, but they don’t go around spraying at things willy-nilly. They can only maintain about half a fluid ounce of the stink spray in their glands at a time and it can take up to seven days to restock the supply, so they actually avoid spraying whenever possible. 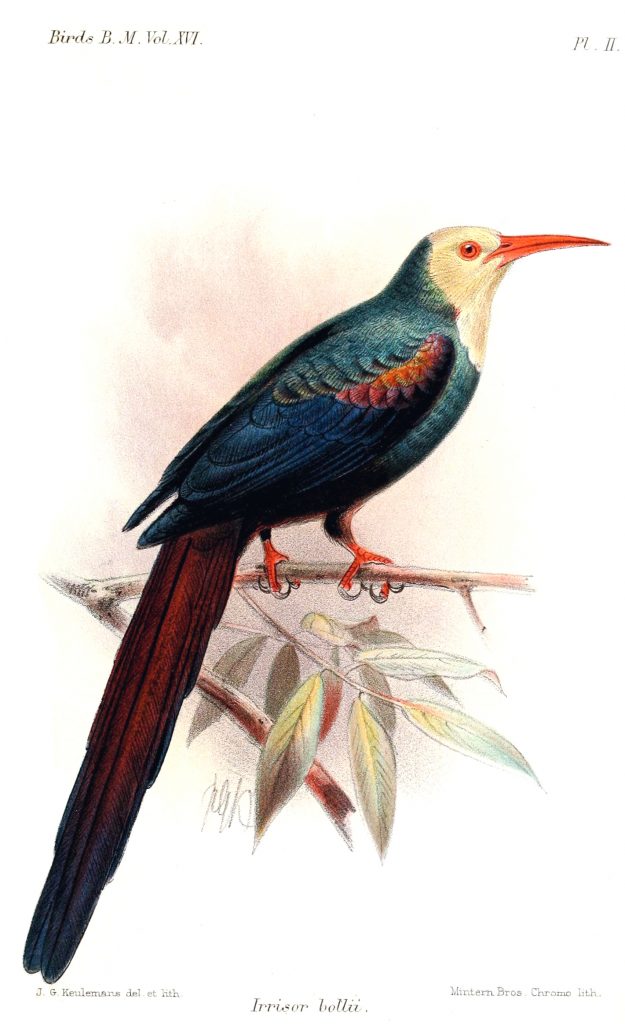 Native to sub-Saharan Africa, the wood hoopoe is a medium-sized bird, related to the kingfisher, with beautiful plumage in blue, green and shades of purple. Don’t be fooled by its splendid feathering; the wood hoopoe is one of the smelliest birds you’ll ever encounter. When it feels like its nest is threatened, the wood hoopoe will raise its tail and send forth a stream of nastiness that smells like rotten eggs. In fact, this putrid substance contains dimethyl sulphide, which explains the rotten egg smell. Baby wood hoopoes, and their cousins, the Eurasian hoopoes, can also shoot liquid fecal matter at their attackers and can direct the stream of fluid up to two feet away.

Musk ox don’t emit noxious odors as a defense mechanism as much as they do it to mark their territory and ward off other males of their species. This wild bovine that hails from the Arctic regions has longer fur than other bovines, like cows, and it grows in shaggy, unkempt knots. During mating season, the male musk ox produces strong, funky-smelling urine that it sprays around to tell other male musk oxen to find another territory. The problem is musk ox have terrible aim and a lot of long fur on its backside and underbelly. The fur becomes urine soaked, and – poof! – it becomes a stinky, musky musk ox.

Stink bugs, although native to China and Japan, have infiltrated the United States and are now found in almost every part of the country, invade our homes and congregating on our southern-facing windows. These ugly, shield-shaped invaders have rightfully earned the name stink bug. When they feel threatened, by a predator or a vacuum hose, for example, they will release a rank-smelling chemical from gland located in their abdomens. This chemical is not sulfur-based so we do not notice a rotten egg smell, but a different, equally-offensive stench that some have likened to pungent herbs. A few species of stink bugs can actually squirt this liquid chemical up to five or six inches. The odor can linger for several hours. 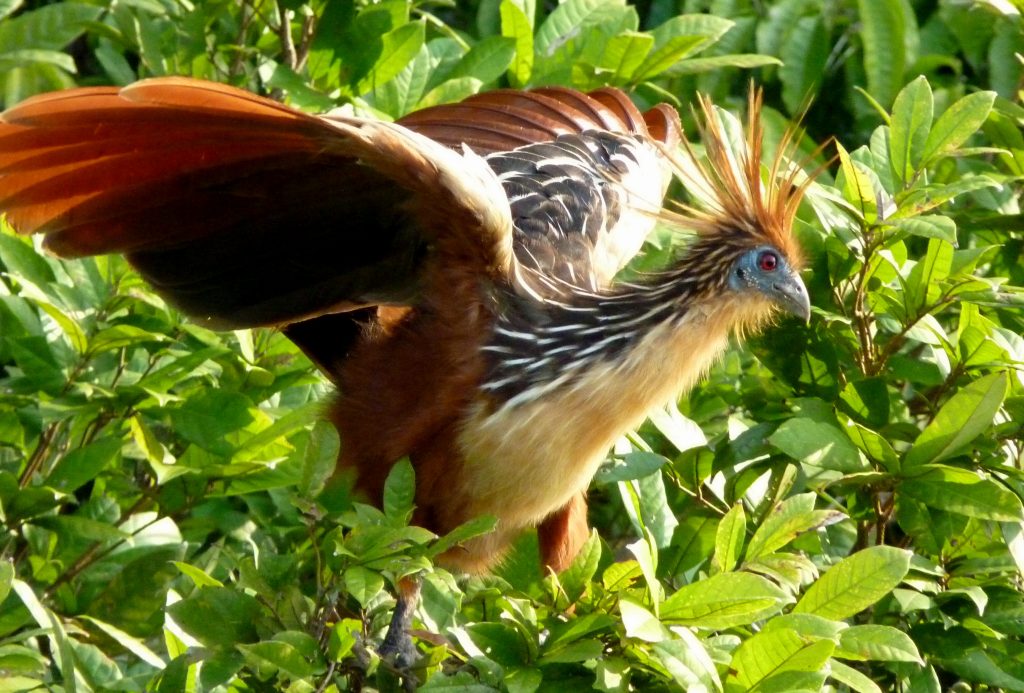 One rancid smelling bird doesn’t use its powerful smell to thwart would-be attackers or to defend a territory. On the contrary; they are just trying to eat. Native to the Amazon and Orinco river deltas in South America is the hoatzin, or stink bird. The hoatzin is the only species of bird in the world that lives off a diet of only leaves. It has developed a unique, albeit odiferous, digestive system. The stink bird’s leafy diet is digested through a bacterial fermentation process that takes place in the front of the bird’s gut. The fermentation process is a smelly ordeal and the result is a manure-like odor that permeates from the hoatzin.

The ground-dwelling Bombardier beetle not only sprays foul-smelling liquid at its attackers, it heats up that liquid to make it extra noxious. This species of beetle, which are found on every continent except Antarctica, have two separate storage tanks in its abdomen. One holds hydrogen peroxide and the other stores hydroquinone. When the beetle senses danger, it releases both chemicals. When they combine with a few enzymes that the insect produces, the chemical compound heats to more than 200-degrees Fahrenheit and become a gas. This gas is not only hot enough to kill small attackers and burn humans, but it is smell is offense enough to act as a deterrent. The beetles also have the ability to control the direction of the gassy shower and, with a pivot of their abdomen, can spray a wide swath of superheated stench.

All millipedes will curl up in a tight spiral when they feel threatened – rather like old-timey pioneers circling the wagons – but some of the arthropods will up their defenses by also emitting a rancid smell. This smell is secreted from glands in the millipede which then makes it taste terrible enough for predators to leave it along and look for their next meal elsewhere. Some millipedes even have the ability to squirt this stinky substance up to several inches. The disgusting substance produced by the millipede isn’t just smelly, it is deadly, too. The substance is hydrogen cyanide, which is highly toxic. One millipede can produce enough hydrogen cyanide to kill a mouse and one hundred millipedes can emit enough of the toxin to kill a human.

Could the Smell of Your Food Make You Fat?

China Has Seized Its Largest-Ever Batch of Pangolin Scales, But What Are They?

About 3.4 Tons of Pangolin Scales Were Seized in Shanghai, But What Are They?