Weeks before the vernal equinox, hints of impending autumn arrive on the scene…caramel apples, cider, boots, and flannels. We can now add pumpkin spice to that list, thanks to its booming popularity in recent years. In fact, the number and variety of products that now come flavored or scented with pumpkin spice has reached almost comical levels. What started with pies, candles, and lattes, has expanded into cereal, deodorant, air fresheners, and even hot dogs. It may be easy to poke fun at this pumpkin spice invasion if it weren’t for one thing…pumpkin spice has been scientifically proven to have some health benefits.

First, we should understand with pumpkin spice is. It is, in truth, a blend of five other spices: cinnamon, nutmeg, ginger, cloves, and allspice. Individually, each one of these spices contain substances with medicinal qualities. Together, they pack a tasty, spicy punch. This does not mean that you should order another grande pumpkin spice late, or PSL. Most pumpkin spice-flavored drinks are laden with fats and sugars that will negate and of the healthful properties of the spices. Let us focus instead on the properties of each spice in the pumpkin spice blend. 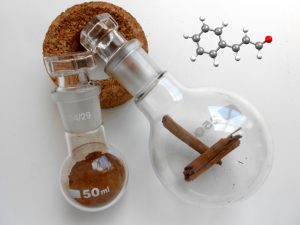 Cinnamon contains cinnamaldehyde (C9H8O) which has anti-inflammatory properties. In fact, in Chinese herbal medicine, it is used to treat arthritis and other inflammatory ailments. Scientists have also learned that the cinnamaldehyde in cinnamon can protect against colorectal cancer. Cinnamaldehyde also inhibits bacterial and fungal growth, which is why many toothpaste brands are flavored with cinnamon; it can reduce tooth decay. Cinnamon may also help people with type 2 diabetes. A study by Chinese researchers showed that diabetics who were given a daily dose of cinnamon supplement during a three-month period of time enjoyed a reduction in blood glucose levels and triglycerides.

Valued since antiquity, nutmeg contains many fixed and essential oils, such as trimyristin, eugenol, and dafrole, which give nutmeg its distinctive aroma and curative properties. In Chinese and Indian traditional medicine, nutmeg was used to treat digestive issues and as an antifungal agent. Researchers are now noting the link between the trymyristin and an enzyme in the brain that is thought to contribute to Alzheimer’s disease. The trymyristins seem to reduce the enzyme levels. The eugenol found in nutmeg oil is used in the dental industry because it has been determine to kill certain bacteria found in the mouth. Eugenol is often combined with zinc oxide in making dental sealants and prosthodontics.

Ginger is another spice that has enjoyed a long and healthful history. This pungent root is common in cooking and herbal medicines. Ginger root contains several chemical compounds including zingiberene and gingerol. Zingiberene makes up about 30% of the essential oils found in ginger and is responsible for the odor and taste of the root. Gingerol, particularly the [6]-gingerol, is chemically similar to capsaicin, the compound that gives peppers their spicy kick. Capsaicins are also wonderful anti-inflammatory agents. The [6]-shogoal found in ginger represses coughing, according to research, and could also help reduce blood pressure and inhibit the release of histamines when triggered by an allergen. Ginger also eases stomachaches and digestive issues. 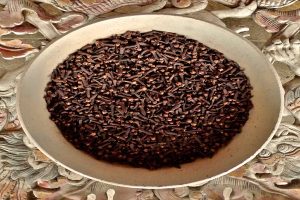 Cloves are the flower buds of the Myrtacaeae tree, found in the Indonesian islands. Cloves have been used for centuries to fight off infection, ease muscle pain, and relieve digestive issues. While most spices are high in antioxidants, clove surpass them all. Cloves contain at least 36 different ingredients, including eugenol, and two antioxidants that are well-known to researchers, anthocyanins and quercetin. Anthocyanins have been on researchers’ radar for some time and have been shown to reduce blood pressure and heart disease, as well as inhibiting the growth of breast cancer cells. Quercetin’s benefits are less conclusive. Although many people take quercetin to lower their blood pressure, research studies have shown mixed results. The compound does, however, seem to reduce allergies and prevent upper respiratory infections.

Allspice is a spice corn that grown on pimento evergreen trees throughout Central America and the Caribbean. It smells like a combination of nutmeg, cinnamon, cloves, and black pepper, which led to its somewhat misleading name. One of the key medicinal compounds found in allspice is the essential oil, eugenol that is also prevalent in cloves and nutmeg. The eugenol has led to allspice’s use as a local anesthetic and antiseptic for the mouth, teeth, and gums. The oils found in allspice have been considered beneficial for relieving muscle aches and arthritis pain and has been found to act as a rubefacient, an irritant the causes blood vessels to expand and increasing blood flow to the skin.

Certainly the combination of spices that make up pumpkin spice have some benefits, so we can feel good about ordering that pumpkin spice latte and enjoying one of the simple pleasures of Fall.