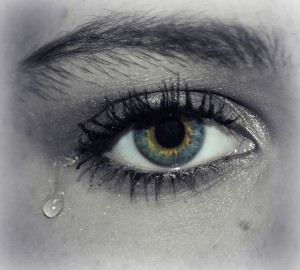 What does sadness mean to you?

If you happen to have a mental health condition such as bipolar disorderÂ or depression, it could be a world of difference. A new study conducted by researchers in the Netherlands shows that there are differences in the brain activity of individuals with clinical depression and bipolar disorder. This would indicate that these patients feel sadness differently, despite the similarities in the two conditions. The findings were published in the May 6 edition of JAMA Psychiatry.

While in a non-depressed state, bipolar patients’ brains appeared to have more activity in the dorsolateral prefrontal cortex, the area of the brain necessary for emotion control. This indicates that they need to work harder to control their feelings on a regular basis. However, their brains appear to calm down while in a depressed state — this could be linked to bipolar patients’ ability to handle positive emotions well while under stress.

Eric Ruhe, a psychiatrist at the University of Amsterdam, told LiveScience that this information could be useful to the field as a whole. Typically, it’s challenging to distinguish symptoms of bipolar disorder from [unipolar] depression.Â In turn, this complicates the prescription of effective medication.

Patients with either severe depression or bipolar disorder are prone to intense bouts of depression. However, bipolar individuals are more likely to have manic episodes when they lack control over their emotions.

As of late, there has been an abundance of information linking bipolar disorder and depression, despite some of the differences between the two conditions. For instance, a new study published in the BRAIN journal shows that both types of patients often experience “fuzzy” thinking, or poor concentration before their symptoms arise. Interestingly, the study was conducted on 612 women.

âThe take-home message is that these two conditions may fall along a spectrum instead of two distinct disorders,âÂ Kelly Ryan, University of Michigan neuropsychologist, told Yahoo! Health. âThe NIMH [National Institute of Mental Health] has been pushing this research domain.â

And with that, the obvious lesson to be learned is clear — we still need to do a lot of research in the realm of mental health. But perhaps we should start by addressing the stigma that affects the millions of people with these conditions each day.