If you love snow leopards, you might want to prepare yourself for some disheartening news. A new report from TRAFFIC, the wildlife trade monitoring network, claims that there are only about 4,000 snow leopards left in the wild. Additionally, an average of four leopards a week are being poached, according to experts. 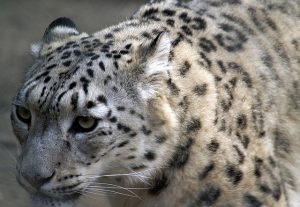 However, not everyone is killing the animals for sport. While it’s true that online trading of snow leopard pelts is increasing, revenge is another reason why the animals are going extinct. Locals are killing the creatures after they attack their livestock.

“Retaliatory killing/human-wildlife conflict is the primary known reason snow leopards are killed, accounting for 55 percent of cases range wide,” the authors wrote in their report. “Targeting for trade occurred at approximately the same frequency (21 percent of cases) as non-targeted or accidental capture (such as by snaring: 18 percent).”

The way in which locals and poachers attempt to kill snow leopards vary according to location. For example, Afghanistan does not frequently rely on poison, in comparison to China. However, Afghanistan uses slightly more steel traps to ensnare the animals, compared to China.

“Preventing livestock losses, offsetting the costs of losses and improving community support for snow leopard conservation are the most important approaches to tackling the problem of snow leopard trafficking,” the authors conclude.

Other Threats to the Snow Leopard

Warming temperatures and changing vegetation patterns are having an impact on the way snow leopards live – and survive – out in the wild. Climate change has already hurt some of the creature’s main prey population. By 2070, researchers believe that two-thirds of the snow leopard’s current habitat will be inhospitable.

“Habitat loss leading to fragmentation in the Himalaya and Hengduan Mountains, as well as increasing human activities, will present conservation challenges for snow leopards and other sympatric species,” they concluded in a report, published in Biological Conservation.

On a positive note, leopards survived the last Ice Age, and they’ve lived on the Tibetan Plateau for about seven million years. Who’s to say they can’t adapt?

Report: Leopards Have Lost Up to 75 Percent of their Habitat