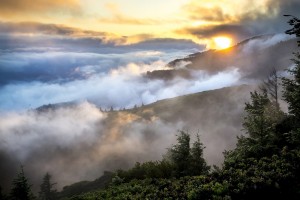 Finally, a new Yale-led study is providing positive news on the environment. Research shows that there are now 3 trillion trees on Earth, which is seven-and-a-half times more than previous estimates. The scientists conducted the study using satellite imagery, forest inventories and supercomputer technologies. Researchers from around the globe came together to compile their results.

âTrees are among the most prominent and critical organisms on Earth, yet we are only recently beginning to comprehend their global extent and distribution,â said Thomas Crowther,Â theÂ lead author of the study.

The results were published inÂ Nature,Â and the study is the most comprehensive on tree populations ever produced.

âThey store huge amounts of carbon, are essential for the cycling of nutrients, for water and air quality, and for countless human services,â Crowther continued. âYet you ask people to estimate, within an order of magnitude, how many trees there are and they donât know where to begin. I donât know what I would have guessed, but I was certainly surprised to find that we were talking about trillions.â

Reading the Fine Print
Despite the good news, there’s a bit of bad news that came with the researchers’ results. Since human civilization began, the total number of trees on Earth has dropped by 46 percent.

âWeâve nearly halved the number of trees on the planet, and weâve seen the impacts on climate and human health as a result,â said Crowther. âThis study highlights how much more effort is needed if we are to restore healthy forests worldwide.â

The study also showed that trees prefer to thrive in moist conditions. However, humansÂ alsoÂ prefer these types of regions for agricultural reasons. Once they arrive, they begin to take over and reduce the number of trees.

Crowther believes that human activity is the largest driver of tree numbers around the world. However, it’s still possible to look at the data from a historical, objective standpoint. For instance, the new information gives humans a better idea of how a wide range of factors (including themselves) impact trees and growth.

The highest densities of trees were found in the boreal forests in the sub-arctic region of Russia, Scandinavia and the U.S.

Insanitek has a policy of reducing the amount of paper we use by keeping things electronic as much as possible. There are, however, certain rules and regulations that state we have to useÂ printed copies of quality control manuscripts, protocols, and lab manuals. This doesn’t deter us in trying to keep our consumption as low as possible!Â In fact, if there is a scrap of paper available, we’d rather use that to jot notes down on than a fresh Post-it any day.

Beyond that, there are a few Insanitek employees whoÂ love to garden — and plant trees. Last year Grace and others in the Savvy Urbanite Farmer Project helped people plant nearly 50 trees during the summer. This year, they planted almost 70 trees.

Will All of California’s Oak Trees Soon Disappear?