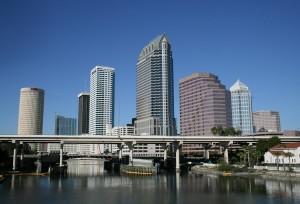 Watch out for the Grey Swan!

You might miss it if you don’t know what you’re looking for, and here’s a hint: it isn’t a bird. In fact, it’s a phenomena known as a tropical cyclone, according to a new study published in Nature, and it’s a particularly high-impact type of weather event. The storm surge from these cyclones can cause massive destruction in coastal regions. Now, researchers say that Grey Swans may become more common in the future.

“We identify a potentially large risk in the Persian Gulf, where tropical cyclones have never been recorded, and larger-than-expected threats in Cairns, Australia, and Tampa, Florida,” wrote the authors of the report. “Grey swan tropical cyclones striking Tampa, Cairns and Dubai can generate storm surges of about 6m, 5.7m and 4m, respectively, with estimated annual exceedance probabilities of about 1/10,000.”

But what is causing the increased risk of more violent Grey Swans? Scientists claim that warmer weather may have something to do with it.

A Downgrade from a Black Swan
Risk managers typically call devastating, unpredictable storms “Black Swans,” according to The Market Business. The name, “Grey Swan,” would seemingly indicate less destruction and coastal flooding, but don’t be fooled. Tampa, for example, could face storm surges up to 36 feet by 2100 as a result of a Gray Swan.

Global warming has raised the temperature of seawater, which is increasing the opportunity for Grey Swans to evolve. This weather phenomenon needs water to be at least 80 degrees Fahrenheit in order to form. The same typically goes for severe storms out in the ocean.

As a result, scientists believe that regions that were once not at risk of big storms could fall into a danger zone in the coming decades. For example, Tampa hasn’t faced a major hurricane since 1921. Now, it seems like anything is possible.

One positive fact to note out of all of this is that while “Black Swans” are almost always unpredictable, “Grey Swans” can be predicted with a bit of certainty (hence, the less threatening name).

Does this mean we should all be less concerned about global warming? Let’s allow the impact of the ocean temperature speak for itself.