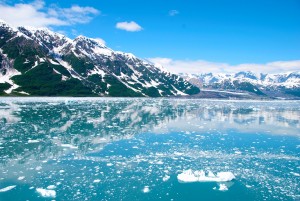 Regardless of her role in the political landscape, Sarah Palin somehow always finds a way to make news.

While on CNN’s “State of the Union” earlier this month, Palin made it clear that she isn’t sure if global warming is truly man-made, according to FactCheck.org.

I take changes in the weather, the cyclical changes that the globe has undergone for â since the beginning of time, I take it seriously, but Iâm not going to blame these changes in the weather on manâs footprint. Obama was up here looking at, say, the glaciers and pointing out a glacier that was receding. Well, there are other glaciers, though, that are growing up here. And he didnât highlight that, but he used glaciers as an example.

Regardless of what Palin is seeing happen up in Alaska, the fact of the matter is that glacier size can vary according to a region’s precipitation. Some may grow, but in the world as a whole, the bottom line is that the planet is losing ice.

So how schooled areÂ youÂ when it comes to glaciers and the impending doom facing our polar bears? Let’s take a look at some of these facts from the National Snow and Ice Data Center.

But what isÂ reallyÂ happening in Sarah Palin’s Alaska, as well as other regions where the ice caps are supposedly melting? For starters, the World Wildlife Foundation states thatÂ allÂ of the glaciers in Alaska that have been surveyed are melting, and thinning rates have doubled over the past five-to-seven years. Almost 20 percent of the glacier ice in the European Alps has melted over the past two decades, and losses inÂ the Andes glaciers have accelerated as well.