Would you try to get more sleep at night if you knew a lack of it could lead to a cold? New researchÂ published inÂ JAMA Internal MedicineÂ shows that sleep may be your immune system’s best defense.

In general, 51 percent of individuals who were sleep deprived were more likely to have an infection, compared to those who slept between seven and eight hours per night. 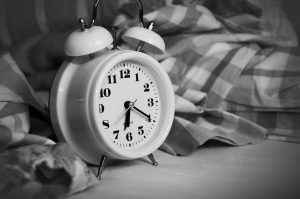 Research indicates that between 50 and 70 million Americans have a sleep disorder or regularly live with insufficient sleep. While this data cannot be linked to disease risk, the study published inÂ JAMA Internal MedicineÂ makes a strong argument for the immune system benefits of sleep — after all, who wants to catch a cold?

Sleep can be difficult for many people, even those who do not suffer from a condition such as insomnia. That being said, there are many ways that we can make it easier to get to sleep — we just don’t always choose to do so. Here are some tips you might want to try if you struggle to get some shut-eye.

Stick to a routine.Â It doesn’t have to be an elaborate one, but trying to get to sleep at the same time every night will adjust your body accordingly. Perhaps you may want to incorporate a little ritual, such as sitting down with a cup of tea before bed, to get your mind prepared for sleep.

Make it as dark as possible.Â Any light in your sleeping area will make it difficult for your body to begin producing melatonin, which is essential for winding down and getting to sleep.

Talk to your doctor.Â Don’t be afraid to discuss medication options with your doctor if these tips don’t work and over-the-counter remedies seem to be ineffective.