Those who fear climate change might be glad to hear that forests consume up to 30 percent of the human-caused greenhouse gas, carbon dioxide, which is responsible for global warming. However, a new study suggests that even the densest forests in North America might have little impact on carbon dioxide reduction.

In a study published in Ecology Letters, researchers from the University of Arizona claim that the rate of tree growth across North America may not be sustained due to changes in climate. Additionally, they were shocked to find that there was no evidence supporting “boreal greening.” 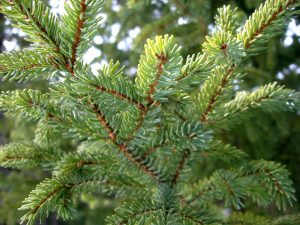 “Boreal greening” is the theory that trees in high latitudes (and colder air) may benefit from warmth and higher concentrations of carbon dioxide in the environment. The idea is that thriving boreal forests could help combat the negative impact of global warming.

“Many previous climate modeling studies counted on the boreal forests to save us from the climatic disaster by offsetting our emissions, but we don’t’ see any greening in our results,” said Valerie Trouet, an associate professor in the LTRR according to Phys.org. “Instead, we see browning. The positive influence warmer temperatures are believed to have on boreal forests—we don’t see that at all.”

To conduct their research, the team looked at climate projections for North America, as developed by the International Panel for Climate Change. Then, they compared the data with historic tree-ring records based on samples taken between 1900 and 1950 in more than 1,400 sample sites.

“Until now, there wasn’t a good way to take into account how trees respond to climate change under novel climate conditions,” said senior author Margaret Evans, an assistant research professor in the UA’s Laboratory of Tree-Ring Research. “Our study provides that perspective. We see that as trees are pushed under the effect of climate change, their response changes.”

Some of the effects predicted by the scientists are already being seen in areas, such as Alaska. Here, trees that were projected to respond positively to warmth are showing signs of stress. Scientists say it is because the trees themselves are not evolutionarily prepared for the changes.