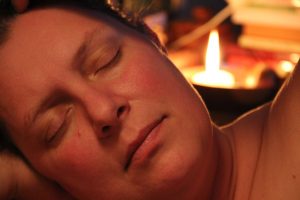 Prazosin is a common drug prescribed for blood pressure, but it is also prescribed to some post-traumatic stress disorder (PTSD) patients to deal with nightmares. Now, new research suggests that it may not be doing much good.

In a recent study known as PACT, researchers looked at Prazosin and how it may affect individuals with PTSD and their sleep. The trial included 304 military veterans from 14 Veterans Affairs medical centers. After 10 weeks of therapy with the drug, recipients had no significant reduction in their recurring nightmares. They also were not able to sleep any easier than those who had received a placebo (“Common drug for PTSD doesn’t stem nightmares, sleep problems in veterans,” 2018).

But was the Prazosin all for nothing?

According to the researchers, there was a lower rate of new or worsening suicidal thoughts among those who took the medication (“Trial of Prazosin for Post-Traumatic Stress Disorder in Military Veterans, 2018”). The rate with the placebo was 15 percent versus eight percent with Prazosin. But the bottom line was that Prazosin was not a “one size fits all” solution to PTSD nightmares.

Chief study author Dr. Murray Raskind told Reuters that if anything, the research should discourage doctors from using Prazosin as a “one size fits all” answer to their patients’ problems.

“It should put the focus on personalized precision medicine,” Raskind told Reuters. “Fortunately, our patients will tell us [when it’s working and will ask for it if they’re taken off the drug and their symptoms return].”

Prazosin as a Treatment for Nightmares?

When Prazosin was prescribed for to veterans for high blood pressure, it appeared to alleviate their nightmares. However, doctors are now seeing that may have been embraced too quickly as a solution to this problem.

“Thus, the failure of this new, large, multisite trial to replicate the previous studies is surprising and disappointing,” Dr. Kerry Ressler of McLean Hospital said in an editorial in The New England Journal of Medicine.

One of Ressler’s theories is that patients may have also been on other drugs that alleviated their nightmares at the time they received Prazosin. In turn, Prazosin may have been misperceived as the single solution to the nightmares.

While the medication does appear to lower blood pressure in patients, the jury is clearly still out on whether it’s the answer for PTSD patients. Until more research can be done, it appears that medical professionals need to proceed cautiously.

Nature: The Best Medicine for PTSD