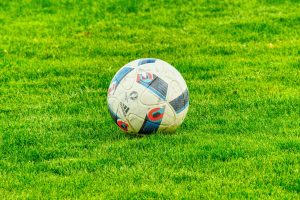 Soccer is a popular sport played by people around the world, but for those who start out playing young, there may be a risk of cognitive damage, depending on how often they use their heads – literally.

A new study has discovered worse cognitive function in soccer players who frequently practice “heading,” or bumping the ball with their head. The researchers claim that soccer safety may be too focused on preventing head-on collisions, rather than heading, which can cause just as much cognitive damage in the long run (“Soccer heading — not collisions — cognitively impairs players,” 2018).

To conduct their study, the scientists looked at players who headed soccer balls an average of 45 times over the course of two weeks. During this time, about one-third of the players suffered at least one unintentional head impact.

When it came time to assess the players, those who reported the most headings had the poorest performance on the psychomotor speed and attention tasks asked of them, which are areas of functioning associated with brain injury.

“Unintentional head impacts are generally considered the most common cause of diagnosed concussions in soccer, so it’s understandable that current prevention efforts aim at minimizing those collisions,” said lead author, Michael Lipton, professor of radiology and of psychiatry and behavioral sciences at Einstein and medical director of MRI Services at Montefiore. “But intentional head impacts — that is, soccer ball heading — are not benign. We showed in a previous study that frequent heading is an underappreciated cause of concussion symptoms. And now we’ve found that heading appears to alter cognitive function as well, at least temporarily.”

Lipton went on to note that although heading is a potential cause of brain injury, it’s worth noting that it is one of the easiest culprits to prevent.

Concussions may present themselves in the form of headache, loss of memory and confusion (“Concussion,” 2018). Although heading does not necessarily always result in a concussion, soccer players should familiarize themselves with the symptoms of traumatic brain injury. Although most people fully recover from concussions, they can still last days, weeks or even longer. Proper treatment is essential to recovering completely and maintaining your neurological health.