If you had a good time at the Super Bowl party you went to on Feb. 7, let’s hope your immune system is still in check.

A study released just in time for this year’s big game revealed that there is a direct link between flu deaths and people who live in counties that have a Super Bowl team. Researchers looked at flu deaths in the U.S. between 1974 and 2009 to draw their conclusion. In the end, they determined that there was an 18 percent increase in flu deaths among people over the age of 65 in counties that had Super Bowl teams, compared to those that did not. 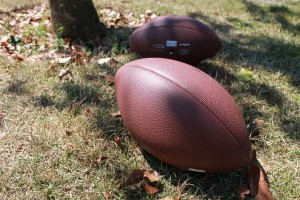 Furthermore, it’s worth noting that the researchers also believe that Super Bowl parties and similar social events that bring people together for the game increase the rate of flu transmission. This means that some of those people you sharedÂ a bowl of salsa dip with could’ve very well been carrying the virus.

âYou have friends over for a Super Bowl party,” said Nicholas Sanders, assistant professor of economics at Cornell University. “You all go out to a bar to watch the game. A bunch of people are cramped in a small space, and theyâre all touching the same napkins and grabbing the same chips. If your team wins, youâre all out in the street celebrating. Itâs that kind of disease transmission that we think might be a driving factor.”

However, it should be noted that this increase was specifically noticeable inÂ olderÂ adults, who may have weakened immune systems and be more susceptible to the flu. In any case, the bottom line is that socializing — mingling with large crowds of people — inevitably increases your potential for exposure.

âSimply being aware of the situation can make people take common-sense precautions, and say, âWell, Iâm not going to shove my hand in that bowl of nuts over there,'” Sanders continued. “I think thatâs just good advice in general.”

And with that, it’s worth taking a moment to examine some of the easiest ways to avoid the flu, in addition to avoiding those who are ill. The Centers for Disease Control and Prevention recommends getting the flu vaccine annually, especially if you happen to be at-risk (e.g., pregnant, over age 65). Keeping yourself from touching your eyes, nose and mouth can also reduce your risk — germs commonly spread this way. Finally, clean and disinfect surfaces that you use regularly to eliminate viruses like the flu.