This post has been cross posted with permission from Science and Salsa: The Salsa of Life by Andrés Flórez

This was one of my first notes and I would like to share it with you. The basic idea was to show how love can be interpreted in terms of energy consumption and how these can affect relationships. 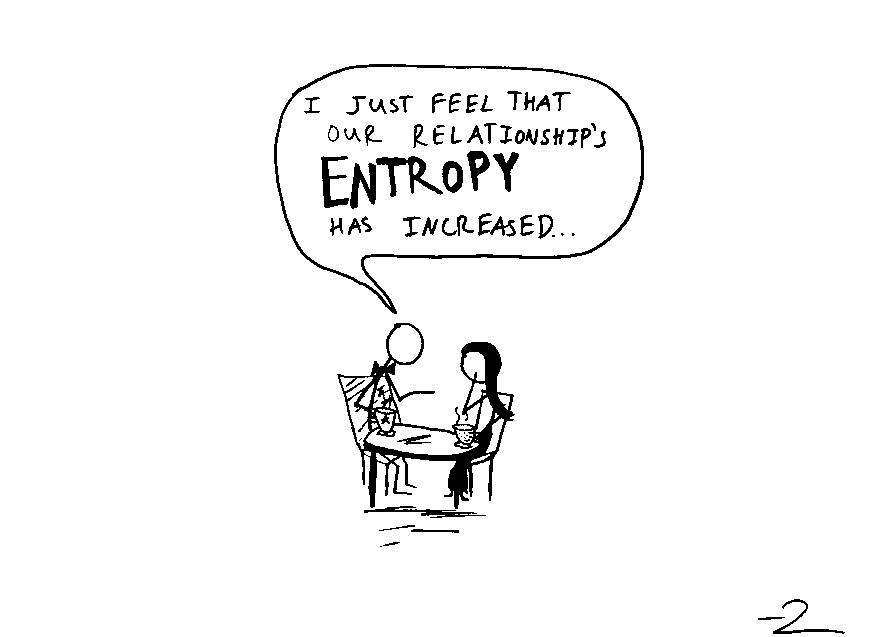 However this low energy status is not easy to get and depends also in some other little things besides affinity. You could love with passion, which is good and desirable, but when your brain is investing high levels of energy trying to solve problems that don’t depend on you, then it becomes a problem. For instance, if your girlfriend/boyfriend didn’t call you when you said, you could start imaging several things and generate a “movie” in your head, and those imaginations need a lot of glucose from your brain, and suppose you’re wasting 400 kilojoules thinking about something that is not true, you could win a Nobel prize investing that energy in research (some people will argue that you also need luck). But it is not peopleâs fault, the idea as it is concluded from the previous arguments, is to look for the right person that makes you feel good, as everybody want, with the condition to keep low energy status in order to have a successful relationship, this can only be achieved if you have a strong affinity with that person.

Sally Thomson’s ‘Reservations’ Keeps Readers Craving for More of Everything